The price of Cardano has retraced over the past 24 hours and established a higher low at $2.30, suggesting that today’s price analysis is bullish. As a result, we anticipate ADA/USD to rise today and attempt to regain its previous heights above $3.

The cryptocurrency market was up and down throughout the day on Monday. Bitcoin is down 0.2 per cent, while Ethereum is up 0.17 percent, according to CoinMarketCap data. Meanwhile, Cardano (ADA) has been one of the worst losers, losing 3.74 per cent overall.

Cardano price movement in the last 24 hours: Cardano retraced to $2.80

The price of ADA/USD moved in a range of $2.81 to $2.95 over the past 24 hours, indicating moderate movement in terms of volatility. Trading volume has risen by 2.05 percent to $4.68 billion, putting the total market capitalization at roughly $91.7 billion; ranking it 3rd overall among

On the 4-hour chart, we see that the Cardano price is currently trading near the $2.80 support, which may indicate a reversal. 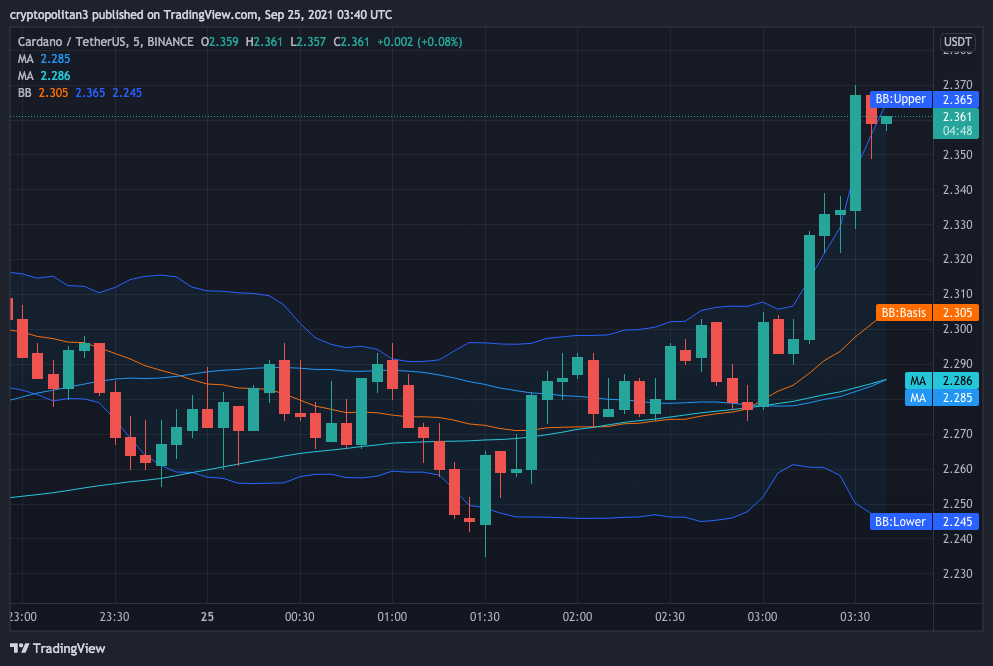 Over the last weeks, Cardano’s price action has been characterized by a strong bullish push. ADA/USD rallied more than 200 percent from the 20th of July low of $1 to the current high of $3.10 after finding support around the $1 mark on July 20th.

Cardano failed to gain momentum after breaking past the previous high of $3, and a reversal from the $3.1 resistance followed. Cardano has retraced to the $2.80 level in recent days, where support was found.

After the price of ADA/USD took out its previous high, it has remained unchanged for several days. Unless Cardano’s price action breaks below the support, we anticipate a reversal to follow in the next 24 hours and Cardano to attempt to set additional highs early next week.

The Cardano price analysis is bullish for today, as the market has found support at the $2.80 mark after a retrace of roughly 24 hours. As a result, we anticipate a new lower low is established, and Cardano is ready to test further gains.