Cardano price analysis: Will ADA chase down $0.05 on the ascending channel? 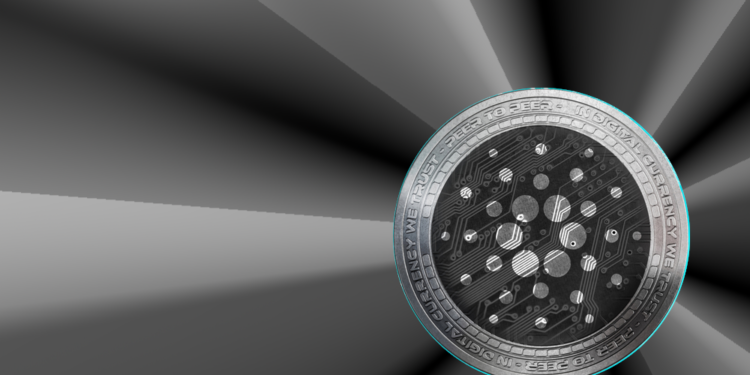 Cardano price was supposed to rise and according to our previous analysis, the price trend has been going pretty well. 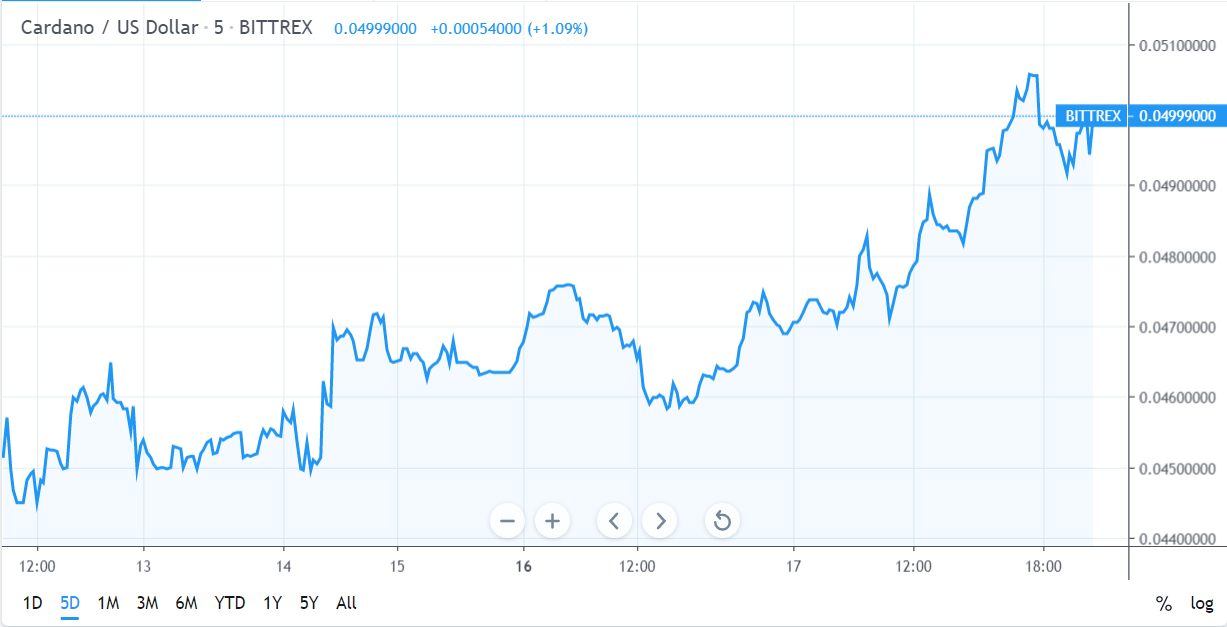 A steady climb for Cardano price 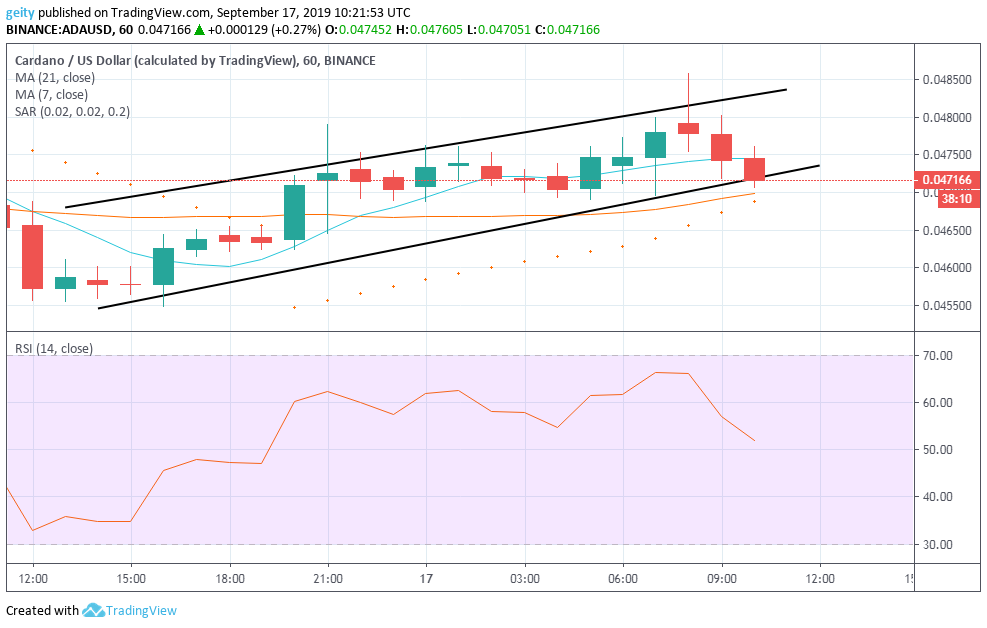 The new resistance mark for ADA lies at 0.0470 dollars. The bears are likely to move past it and head straight towards the 0.0500 dollars mark. This is a major resistance mark and if this mark falls, then the bulls can expect to take Cardano price to the 0.055 dollars zone.

The 0.500 dollars mark has once been breached, although the bears pulled ADA back down. Testing the resistance, again and again, might do the bulls some good.

On the downside, the ADA/USD pair has to face 0.0471 dollars support first and foremost. The next support lies at the 0.0462 dollars. If these two marks do not hold then the 0.0457 dollars mark, which is an older support mark, will have to be tested.

The ascending channel is slowly but gradually taking Cardano price to the top. ADA treads with a bullish rhythm with the parabolic stop and reverse (SAR) forming under the candles. The relative strength index has declined quite much compared to last time. The RSI trend seems to be heading in the oversold territory, below fifty (50).