If ethical fashion is the future, blockchain is the key 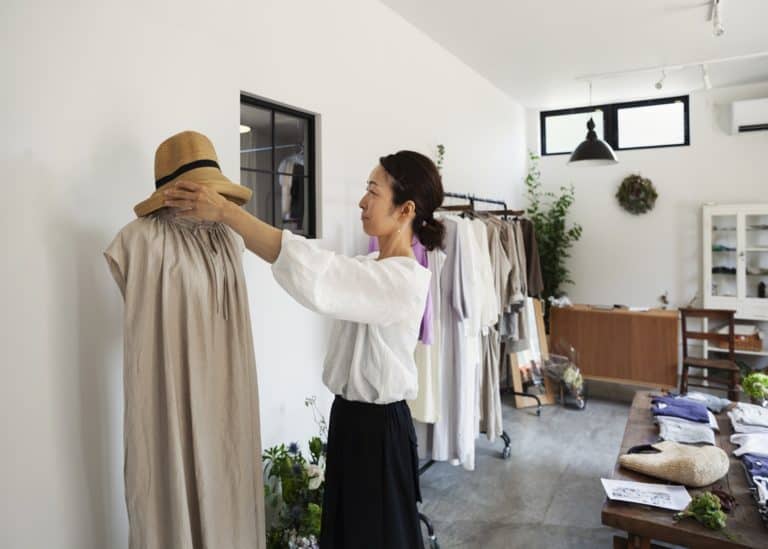 Ethical fashion is no longer a thing of the future, and the fashion industry has been attempting to take giant strides towards achieving it. And if there is one technology that’s bound to push the boundaries in the fashion revolution, it is blockchain.

For people involved in non-technical industries, blockchain is just an underlying technology for Bitcoin. There are tonnes of definitions available online, most of which will say that it is an open-source, distributed, and decentralized public ledger. But what has it to do anything with boosting supply chain transparency and nurturing sustainable and ethical fashion sense?

The not-so-hidden consequences of fast fashion

The supply chain in the fashion industry has often been tainted by unethical means of producing goods. Although major brands say that doing social good is on top of their corporate social responsibilities, more often than not, they do not put their money where their mouth is. Thus, we hear a growing number of cases of child labor, forced trade, and unethical sourcing.

It was just last year when a Four Corners report revealed that as many as six Australian clothing brands, who were acquiring raw materials from Xinjiang province in China, actually supported forced factory labor of a minority ethnic group called Uighurs. This shocking disclosure prompted several major apparel makers to scrutinize the conditions of the factories where their garments were being made.

However, the more important question is – could we have stopped this? Is there any way companies could know where their raw material is getting sourced from, what are the working conditions of the factories where products are being made and if it truly upholds their cruelty-free ethical fashion brand statement? The answer is blockchain technology.

Mary Hall, who is the Director of Blockchain at the American multinational technology company Oracle, told Fashion Journal that blockchain is most valuable for the supply chain management. By essentially distributing validated blocks of transactional data, blockchain is driving supply chain transparency by getting all stakeholders involved under one shared platform.

Today, right from the farmers who produce the crop for the fabric, factory workers to stitch it up together, designers and brands who sell them to the consumers who buy them, everyone involved knows how and where the product was made. And all of this was made possible by blockchain technology.

The primary aspect of blockchain that helps achieve a high degree of transparency, security, and accountability is its decentralized nature. Hall subscribes to blockchain because the data can be stored and distributed across millions of computers at the same time. There is no risk of manipulation, and information can be shared in real-time.

So, if someone wants to know how authentic their cashmere sweater for which they are ready to pay a hefty price, blockchain can throw light on how that particular alpaca, who so very graciously offered its wool, was bred and raised. That’s the power of blockchain.

At a time when the demand for counterfeit products, corrupt trade practices, and black markets is growing at an exponential rate, blockchain comes as a savior. It isn’t strange that many of us have shelled out a chunk of money for that Louis Vuitton bag only to find out later it was just second-hand or fake. In fact, a study revealed that around 4 percent of global trade conducted last year involved counterfeit fashion, and that is close to a whopping $700 billion per year.

Clearly, the supply chain is in dire need of a technology that validates authenticity, and this is where blockchain, once again, comes into the picture. With an ability to create a unique digital identity for an item, validate and transfer its rightful ownership, eliminate instances of copyright infringement, blockchain technology significantly contributes to fostering ethical fashion.

Lastly, it is important to note that the concept of a sustainable supply chain or ethical fashion goes much deeper than transparency. It is about being aware of every process along the entire supply chain and empowering the consumers with that knowledge. Blockchain, as the key, serves a much greater purpose by recognizing and crediting the people who make that ethical brand possible.