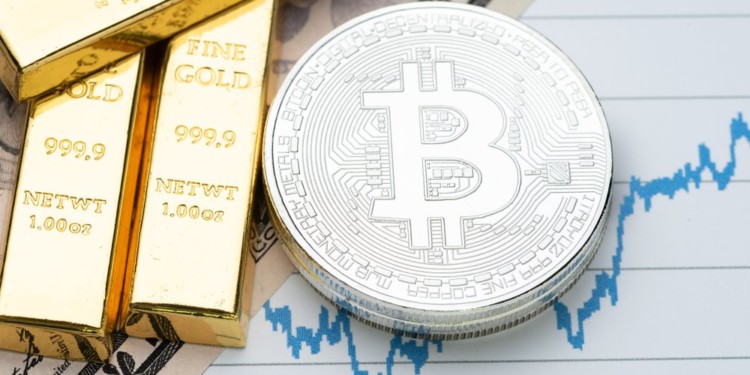 In the battle between the world’s most talked-about cryptocurrency and the most favoured and time tested investment option Bitcoin vs Gold, Bitcoin scored a goal this time as news regarding massive gold repatriations come out.

While many have fondly referred to Bitcoin as the “digital gold” or the “new-age gold,” there are those who think the crypto king still has much to do in terms of proving its worth as a better investment option. Last year, the Dutch Central Bank openly stated that during times of crisis, governments would turn to gold, instead of Bitcoin, as a way to bring their economies back from the dead.

In fact, Jeffrey Sprecher, who is the CEO of Intercontinental Exchange, which owns and manages the popular Bitcoin futures platform Bakkt, said during his recent interview that Bitcoin might be the hottest technology of this decade but it still has a lot of convincing to do before it makes a potential competitor to gold.

On 18th January 2020, a Twitter user pointed out that owning and transacting in Bitcoin is much more convenient, safer and economical than the extensive gold repatriation efforts being led by major economies right now. According to the user named NVK (@nvk), the recent years have seen billions of dollars worth of gold being repatriated to their home countries and the scale at which these operations are massive are daunting.

The report states that since 2014, nations like the Netherlands, Germany, Poland and Turkey have taken back the control over their gold assets, which were otherwise stored outside the country in safe vaults. Reportedly, the Dutch have reduced the foreign gold reserves by as much as twenty percent (20%) by retaining control of around five billion US dollars ($5 billion) worth of these assets.

It all seems like a highly coordinated military operation when countries announce their gold repatriation plans. In 2013, the German Central Bank declared its intentions of bringing back three hundred tonnes of gold from the US and another three hundred seventy-four tonnes from France. Both Holland and Poland got back gold, weighing around one hundred twenty tonnes.

These large-scale and abrupt decisions to take back gold reserves indicate growing mistrust in the US dollar as more and more countries continue to find ways to reduce the world’s reserve currency’s monopoly over the global monetary system.

However, these highly complex and resources-consuming repatriation operations highlight one more shortcoming of gold – and that is how difficult it is to transport gold. Besides being incredibly heavy and immensely valuable, it requires a considerable amount of task force, money and time to ensure its safe delivery.

Bitcoin, on the other hand, gains an edge considering its finite supply and digital nature. It is easy to buy and sell Bitcoin, store it and, more importantly, use it as a tradable asset. Yes, it may not have a history as rich as gold, but ever since it hit the market, Bitcoin’s market capitalization has been on the rise.

A recent report suggested that the asset is likely to witness a huge surge in pricing in 2020. With Bitcoin price already trading close to eight thousand five hundred US dollars ($8500), it appears that the trust in the network is only growing, despite frequent volatility concerns.

As it happens, another Twitter user described how, in Bitcoin vs Gold battle, Bitcoin had outperformed the traditional investment asset dramatically by stating that since 2015, the gold price has declined as much as ninety-seven percent (97%) when measured in Bitcoin.