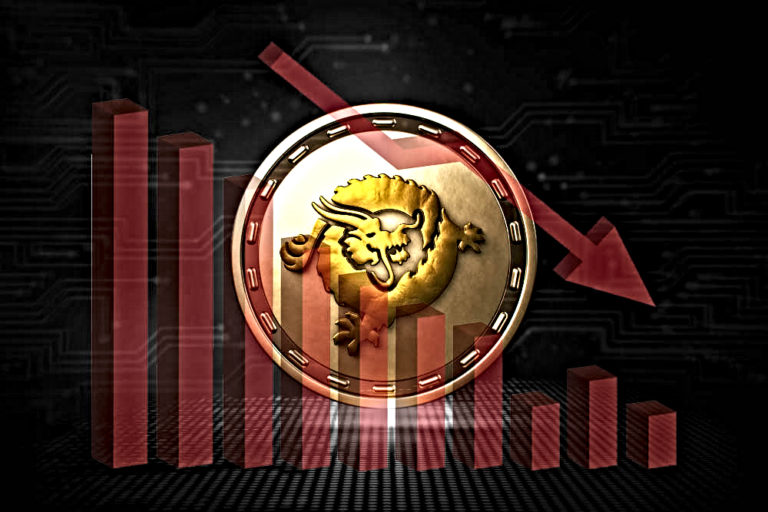 Bitcoin SV was delisted by Binance after Craig Wright continued to insult prominent members of the crypto sphere. He started off with one notice to Hodlonaut but then went haywire and started throwing notices at anyone not willing to accept his claim, i.e., he is the one true Satoshi Nakamoto.

Binance CEO Zhao, who had issued a Twitter warning to delist the BSV coin fell on Craig’s deaf ears. The BSV pairs were delisted on the 15th of April.

According to the trading view data, BSV is currently trading for a little over fifty-six dollars (BSVUSD $56.33). 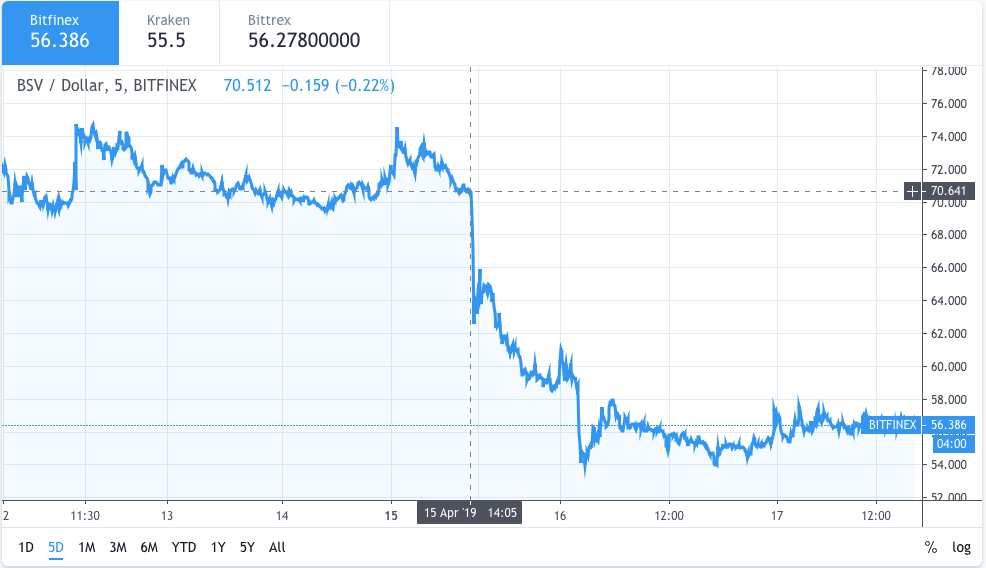 Data also reveals that the currency was performing between seventy and seventy-four dollars on 15th of April before Binance delisted the pairs. Shortly after, other exchanges have started to follow suit while the community is still not happy with Craig Wright.

While on the other hand, in the last twenty-four hours alone the Bitcoin SV price has had quite a few spikes. The currency struggled to stay as high as sixty-one dollars ($61.95). 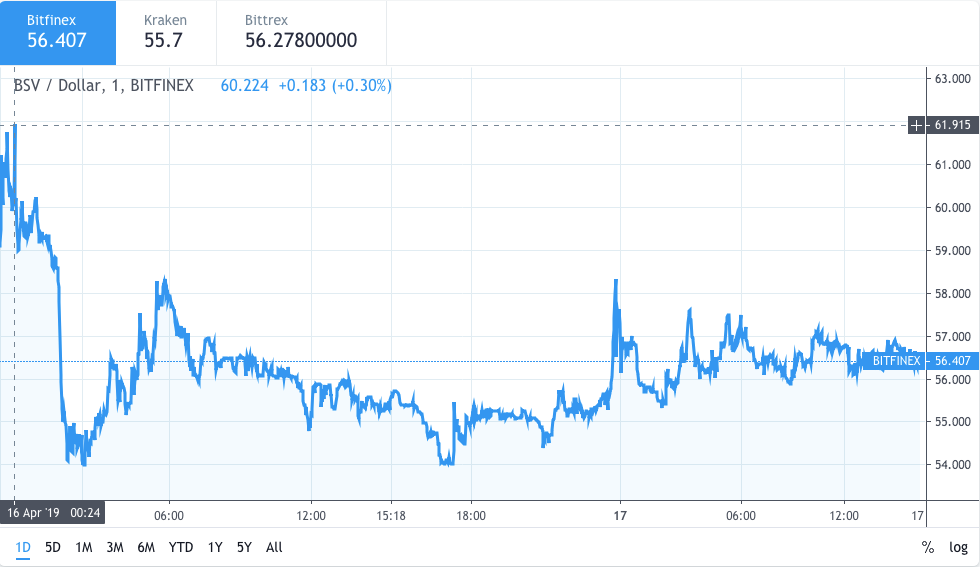 The market showed resistance to get stable at the new point of fifty-eight dollars ($58) at least twice during the last twenty-four hours, but despite the struggle, it fell down to as low as fifty-four dollars ($54).

The ill-fated cryptocurrency is still not back up in the sentiments Craig Wright has, however, the crypto community is noticing the current drop in the market as well.

Bitcoin SV dropping fast…now at #13…flippened by #Monero. $Dash up next.
"Lawyering Up" against the crypto community definetely does NOT pay.
Just 2 hours after delisting… pic.twitter.com/QsPZpdQIa1

Terry Langston, an entrepreneur and blockchain activist, based in the US believes that

“Lawyering UP” against the crypto community definitely does NOT pay.

While on the other hand, BSV followers and investors are putting in extra efforts to promote the recently delisted BSV.

Calvin Ayre who recently funded the BSV based wallet and startup Centbee is also very active on Twitter.

Binance is scared of Bitcoin SV because its technically superior to the platforms it uses, but in attacking it this way it will bring global regulation to exchanges.

He then went on explaining in his Tweet that this move by the Binance CEO Chengpeng Zhao would lead to a global regulatory movement for cryptocurrency exchanges.

The currency is currently going through a bad phase, and if Craig Wright manages to apologize or drop the issue altogether, the cryptocurrency may see a quick relief and fast uplift in the weeks to come.