The Bitcoin Satoshi Vision or Bitcoin SV price chart is stale at the time of writing with little to no major changes in the price movement despite the fact that the market is telling a different tale altogether. 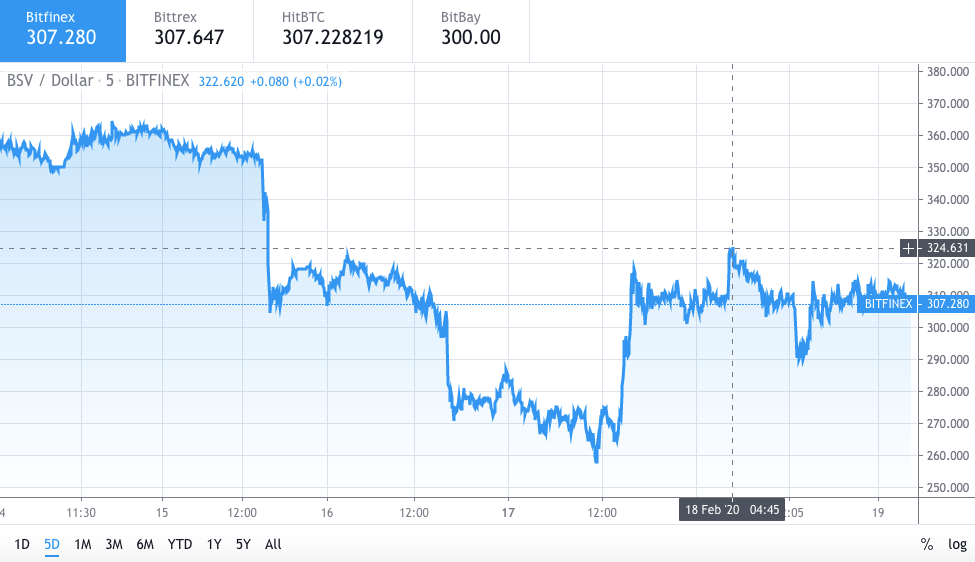 Cryptopolitan reported yesterday that the cryptocurrency is in a major head and shoulder pattern formation, and so it has been since the 15th of February 2020. While the shoulder played out rather well, a sudden crash in the Bitcoin price took the whole market down as soon as BSV price started gaining bullish momentum, as seen on the chart above.

The chart also displays that the cryptocurrency is holding strong as another small reverse head and shoulder pattern formed on the 18th of February 2020 to help BSV price recover from the plunging market low but not to much avail.

While two important traders and analysts on Trading View, BSVTrader and AstroManiak, are both of the views that the cryptocurrency is moving in an ascending channel, therefore primed for further gains in the near future. Where AstroManiak believed that BSV would soon hit a new high above the $350 mark.