Bitcoin Satoshi Vision price might end below 0.11BTC due to bearish pressure 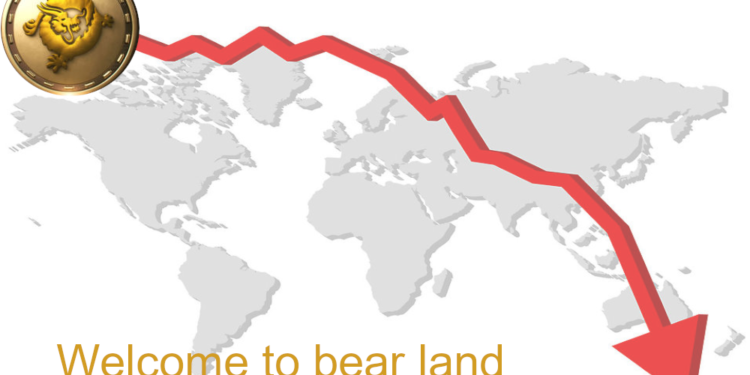 Bitcoin Satoshi Vision price has been on a decline after August 29. Before that on August 10, 2019, BSV had reached a low of 0.00117 BTC. The low was soon corrected on August 14 when the price corrected to 0.0145 BTC. August 29 saw a similar rebound like that on August 14. The pattern has been running on a slope since then.

The graph shows strong support at 0.011 BTC. The fact that this support mark has been cherished by the bulls lies in their efforts made to safekeeping it from being pierced through. August 15 saw a downtrend in BSV price when Bitcoin Satoshi Vision price came close to the 0.011 BTC mark and returned upside without testing it.

We have a symmetrical triangle enveloping the chart sine June 28 and it seems that the graph is about to make a break for it from the patter. That will leave Bitcoin Satoshi Vision price with three alternatives to choose from: consolidate, move up or move down.

This is, however, a neutral pattern. Hence the technical need to be taken into consideration for further evaluation on the patter that will follow BSV’s break from the symmetrical triangle.

The ten (10) and twenty (20) day moving averages (MA) act as resistance for Bitcoin Satoshi Vision which by the way have rejected the bullish cross on September 1 and have come down near the support lines.

BSV ran for the top and its journey ended while testing the first resistance line on the graph. This gives us reason to believe that breaking out from the symmetrical triangle, BSV will be moving downwards, towards the support mark.

Bitcoin Satoshi Vision price pattern has given a clear bearish sign here. The inverse cup and handle pattern in the four (4) hour time-frame states that the immediate move for BSV will be towards the support mark at 0.011 BTC. The bears might have the final say in how things run in this play.

Traders coming in at a seasonal chance should not aim at BSV for it is still going down and might break clear through the 0.011 BTC mark. Selling at 0.0135 BTC would be wise just in case a rebound happens before the support is broken.