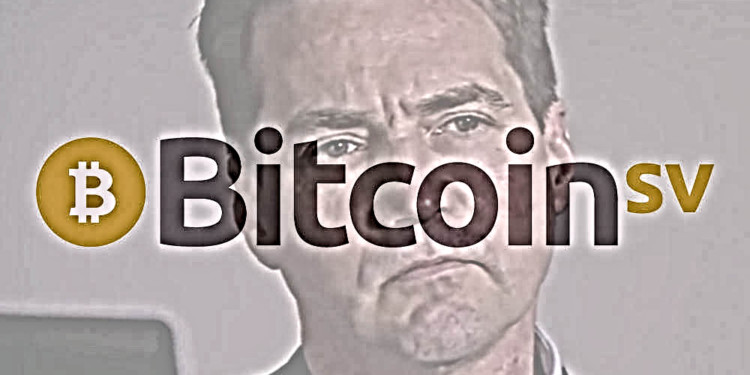 Bitcoin Satoshi Vision (BSV) has doubled in its value and is reported by analyzing the 24-hour price trend the increase from approximately sixty-one dollars ($61.90) to above one hundred dollars ($110.08).

The crypto-market is surging and almost all the tokens have doubled in their values. The clash between Craig S.Wright and Roger Ver, which was previously the cause of the market crash in November 2018, has made people sceptical about the Bitcoin SV (BSV).

The recent spike in the prices is believed to be a direct result of US copyright office granting Craig S. Wright the copyright for original Bitcoin whitepaper released in 2008-9.

Despite this controversy, the market value of BSV is increasing and is showing positive momentum on the price chart. The recent analysis shows that Bitcoin has jumped from five thousand dollars ($5,000) to eight thousand dollars ($8,000). 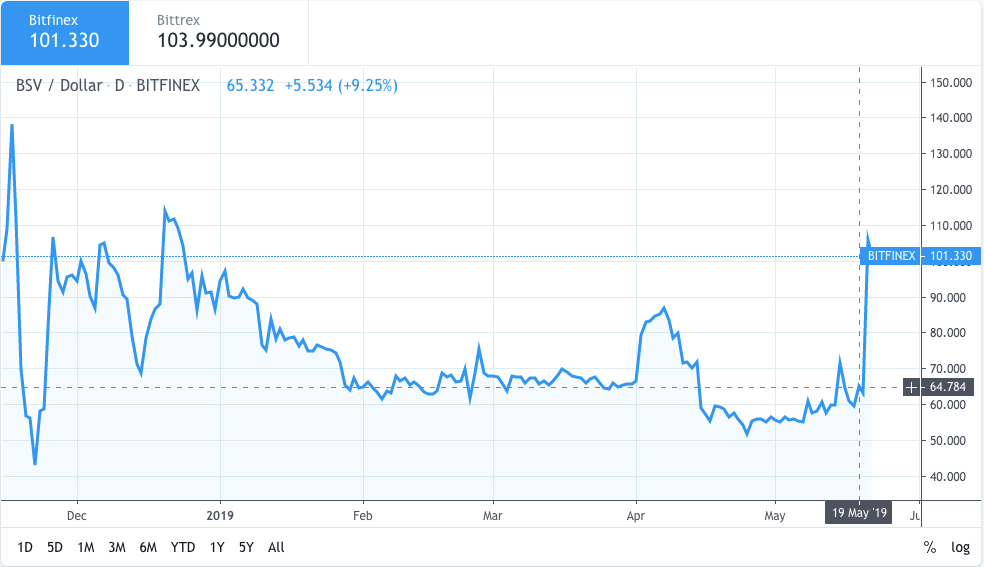 It is speculated that this value will increase more as all the indicators are showing positive trends. BSV was ranked 9th on the list of valuable currency at the start of the year and trading above ninety dollars ($90.38).

Now, it has dropped a bit and secured 11th position on the list and is currently trading slightly above one hundred and ten dollars ($110.08).

The past three month’s analysis of the price of BSV has revealed the lowest value to be fifty dollars ($50.29) and the highest value to be above one hundred and thirty-nine dollars ($139.31).

The speculation regarding the coin is that if it holds the current surge in price well the price will increase more and the delisting of the coin by some exchanges will not affect its market value.

However, nothing can be said for sure as the crypto-world is volatile and anytime fluctuations can happen.