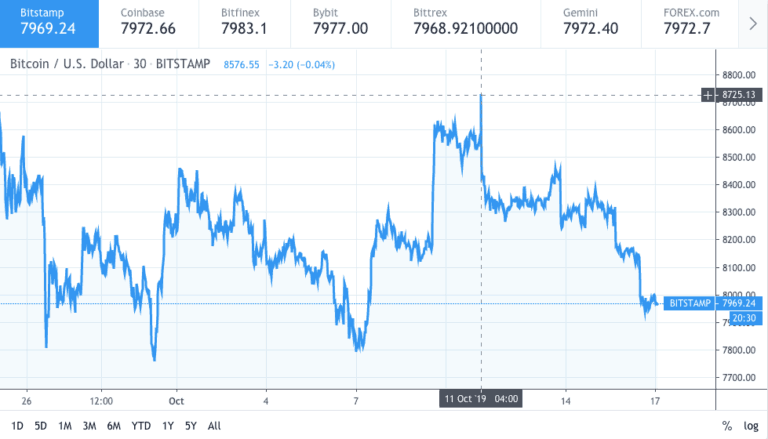 Bitcoin BTC price dropped below the eight thousand dollars ($8,000) trading line despite existing stable for the past ten days. Bitcoin price is likely headed towards the psychological barrier of seventy-eight hundred dollars ($7800) as predicted by Cryptopolitan.com earlier.

Even though the situation seems very unpredictable, BTC probably found sustenance in being at the top of the short term ascending line. It is expected that after one more week of down-surging according to Google Trends, Bitcoin will hopefully have an upstream movement. 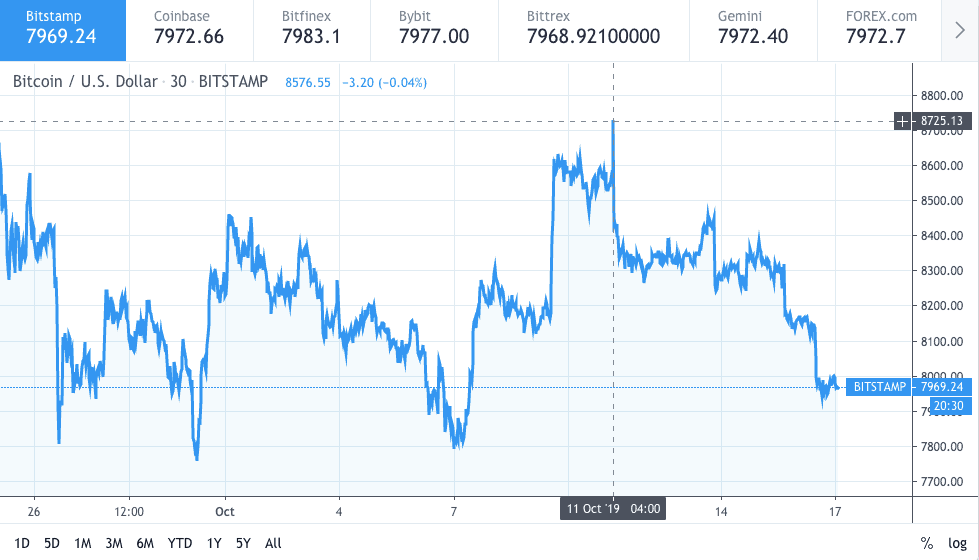 Although a lot of people anticipate Bitcoin price to fall as far down as to the seventy-two hundred dollars ($7200) mark, the majority have not predicted correctly before either.

If the short-term activity of Bitcoin is brought under consideration, the lowest is at the ascending line for around seven thousand nine hundred and twenty dollars ($7,920).

Further breakdown of BTC might take it down to the golden Fibonacci level of about sixty-two percent (62.9%) from 2017 costing seventy-two hundred dollars ($7,200).

However, if Bitcoin price resists a downward surge, it might go above the fifty moving average and touch eighty-three hundred dollars ($8,300).

In addition to this, the last upsurge of BTC around eighty-eight hundred dollars ($8800) might be a surge of fake buyers. In essence, the BTC price requires a bullish trend to turn the market’s positive cheek. In reality, the last ten days have been bland and average.

However, the latest batch of Tether was minted only yesterday and it seems that the smaller whales moving around to keep the market afloat are now waiting for the lows to start buying at a lower rate.