Bitcoin price consolidates above $9,200 as Halving approaches near 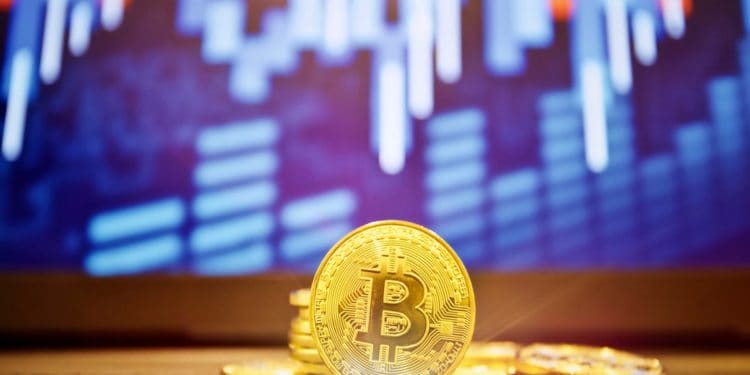 Bitcoin price has been in consolidation for the past two days has been stuck in a triangular pattern. The explosive run beyond the $9000 mark and now consolidation shows that large-scale uptrend BTC price is still intact. The symmetrical triangle pattern is consolidating around $9,000 mark while the peak lies somewhere near the $9300 mark. The price can swiftly move upwards in case the apex of the triangle breaks confidently.

The ongoing tussle between buyers and sellers will probably last a few days more as the halving event nears. Also, the volatility can spike in the next few days. In terms of volume, the last three days have been low-key as whales are probably sitting on the sidelines and waiting for the Halving to pass so they can jump in after trend confirmation. Low volume is also indicative that a significant price move is about to happen.

In weekly charts, the Bitcoin price is well-positioned to close the week above the crucial $8,400 mark. The same level also reflects the rising trend-line from the $6,800 lows, which were breached last week. As the price is consistently trying to breach the apex of the symmetrical triangle and touching $9300, the bullish pattern hints will invite more buyers sooner or later. 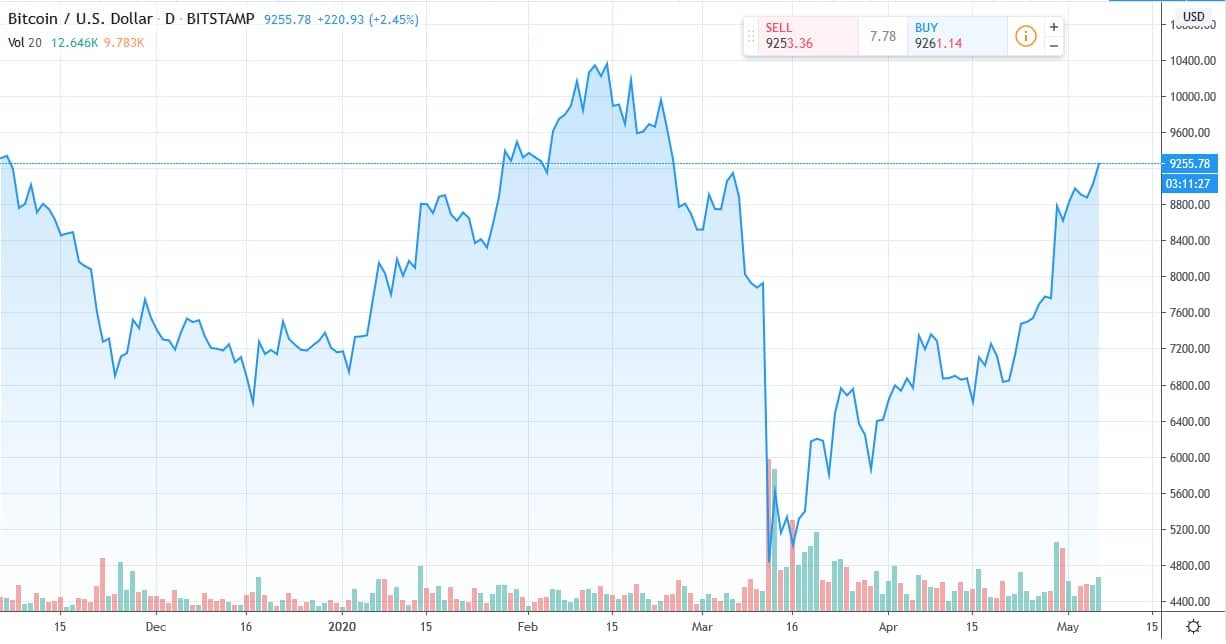 However, there are specific contrarian signals emerging on the hourly timeframes that may reflect the overbought tendency. The MACD signal on the 4-hour chart is making lower highs and indicating a small term downside. The bearish divergence is also signaling the end of the bullish wave that carried the Bitcoin price from $6,250 lows to the highs of $9,200.

It is usual for the price to correct a little after riding a strong wave upwards. A rally towards $8,675 is possible if Bitcoin price breaks EMA10. Further, Alan Masters points out that the price can touch $8,234 if BTC price breaks the EMA50 line. The RSI indicator also looks bullish with a reading above 70.