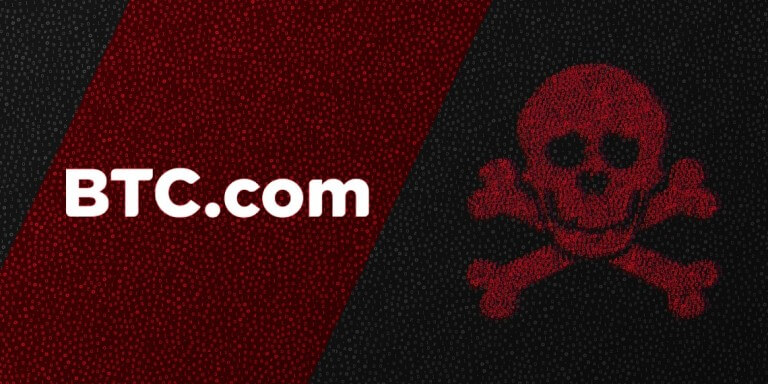 The Bitcoin mining pool known as BTC.com has revealed that it was the target of a cyberattack on December 3, 2022. During the incident, a number of digital assets were taken, the value of which was roughly 700,000 dollars and was held by customers of BTC.com. The value of the assets owned by the company was around 2.3 million dollars.

According to the statement released by the company, it has informed the appropriate authorities in Shenzhen, China, about this event. Some of the digital assets belonging to BTC.com have already been safeguarded thanks to collaboration both outside and internally inside the Company.

On the 23rd of December, the authorities opened an investigation, started collecting evidence, and formally sought cooperation and coordination from appropriate agencies.

The company has said that it intends to make significant efforts in order to retrieve the digital assets that were taken.

As a direct response to the discovery of this incident, the Company has adopted new technologies to better prevent and combat hacking attempts.

BTC.com is presently carrying out its business operations as normal, and with the exception of its services pertaining to digital assets, its customer fund services remain unaffected, the report asserts further.

BTC.com, which is one of the biggest cryptocurrency mining pools in the world, offers multi-currency mining services for a variety of digital assets, such as Bitcoin (BTC) and Litecoin (LTC).

In addition to providing mining services, BTC.com also runs a blockchain browser. BIT Mining, the organization’s parent business, is a publicly traded corporation that is listed on the New York Stock Exchange.

According to the statistics provided by BTC.com, the mining pool that is controlled by BTC.com accounts for 2.5% of the total distribution during the last seven days and has a hashrate of 5.80 exahashes per second (EH/s).

The mining pool’s contribution to the overall hashrate of Bitcoin amounts to more than 5% of the total hashrate contributed by BTC mining pools.

How the Bitcoin mining industry has been doing

This year, 2022, has not been a very successful one for Bitcoin miners. Bitcoin mining businesses are in $4 billion of debt due to the bear market.

Numerous prominent mining businesses have declared bankruptcy in recent months, and others are rapidly reaching debt-to-equity ratios that would force them to undergo urgent restructuring unless they can find a way to reverse course.

The most recent development in the bitcoin mining sector is that miners all throughout the United States shut down their operations over the weekend as a massive storm moved across North America.

Between the 21st and 24th of December, the Bitcoin mining hashrate, which is a measurement of the computational power on the blockchain, decreased to 156 exahash per second (EH/s), which is a decline of around 100 EH/s or 40%, according to data from BTC.com.

As of the 25th of December, it has rebounded to around 250 EH/s and is presently hovering around 220 EH/s. Additionally, on December 23 Foundry, the largest mining pool in the United States, saw the largest loss of any significant pool when more than half of its hashrate was lost.