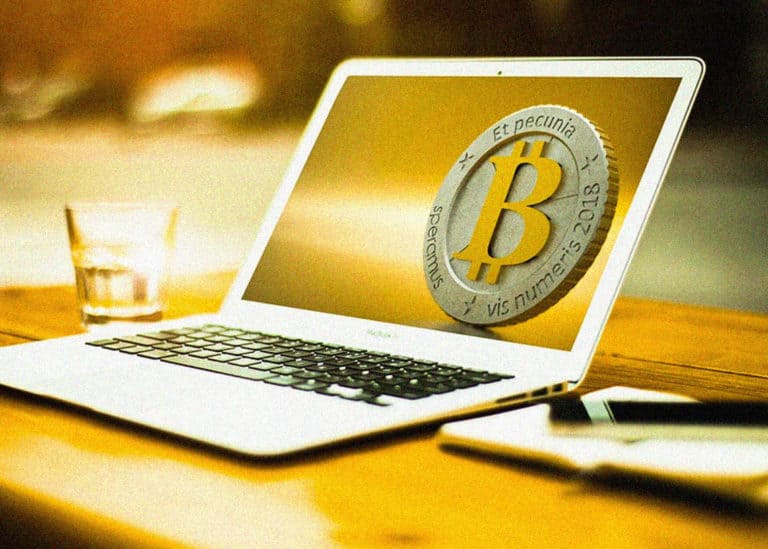 Researchers are revealing that the Bitcoin hodlers who were forced to sell their assets during the recent Bitcoin dip have sold on heavy losses.

Per a report, it was noted that during the price fall in the mid of March, numerous Bitcoin investors have extensively transferred their holdings to exchanges. According to Spent Output Profit Ratio (SOPR) indicator, most of the panic sales of those Bitcoin hodlers and investors were at a loss.

TokenAnalyst, a leading cryptocurrency monitoring resource, conducted studies to monitor the Bitcoin flow into the exchanges around 12th March, when primary digital assets were losing its value up to 40 percent.

We examined the flow of bitcoin into exchanges to see if users were depositing bitcoin at a loss in the period around 12th March 2020 when $BTC lost nearly 50% of its value.

In order to collect the data, the Spent Outputs Profit Ratio indicator was used. It displays the comparison of prices at which the asset was sold by the investor and the price paid by him when he first bought that asset. If SOPR indicates above 1, it means that the spent output’s owner is in profit, and vice-versa.

The report also stated about the event when violent Bitcoin price development that was going on, and a considerable number of Bitcoin hodlers and investors transferred their holding from their wallets in leading exchanges.

About ten cryptocurrency exchanges were followed, and data shows that OKEx experienced the largest spike in those hours. Binance, BitMEX, Deribit, and Bitfinex recorded considerable inflows as well. 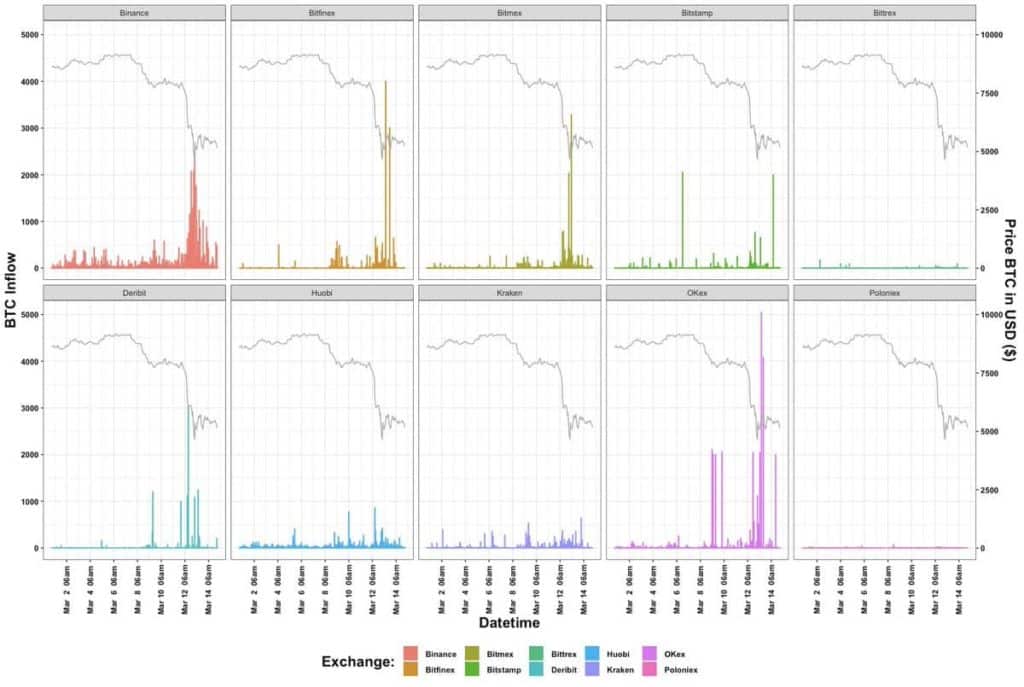 However, it can be seen that most inflows were recorded when the price of Bitcoin had dropped below the mark of $5000. Resultantly, most Bitcoin hodlers and investors sold their assets while panicking and then were at a loss.

As per the report, OKEx was the one that received the highest inflow due to eleven deposits of approximately 23,000 Bitcoins. Though most of the investors sold their assets at a loss, however; some people managed to make a profit.

Back in the year 2012, an investor bought ten Bitcoin when it was trading at $9. After eight years, that individual deposited them in a popular cryptocurrency exchange Binance, prior to price slumps. At that time, Bitcoin was trading at the mark of $8,769 and made a profit ration at 963.