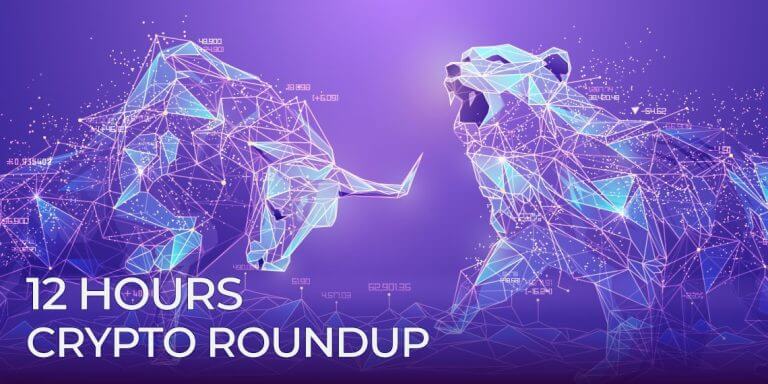 The main focus of these investments, worth $1.5 billion, includes Fireblocks, Dapper Labs, Voltage, and Digital Currency Group. The investments for the previous year were far less and were about $601.4 million. Other companies following Google on the list include BlackRock, which has invested $1.17 billion, Morgan Stanely, etc. Morgan Stanely has invested $1.11 billion in blockchain companies.

Kraken’s CEO is hopeful about the rise of Bitcoin at the close of the year. Jesse Powell, the head of the San Francisco-based exchange, recently interviewed Bloomberg about the blockchain and its related issues. He said that he hopes to buy a Bugatti for 1 Bitcoin by year-end. If the price consolidation continues, it might be possible soon.

The latest data for Bitcoin shows that it has again turned bearish. According to the available updates, it has shed 0.49% over the last 24 hours. The changes for the last seven days show a gain of 5.24%.

Ethereum merge is boosting the market dominance of Ethereum. According to available information, the transition to Proof of Stake has resulted in the enhancement of ETH. As the changes continue, it might give Bitcoin and others a tough time.

The new wave of bearishness has affected gains for Ethereum. The recent changes show that it has receded 0.15% over the last day. The weekly data shows a gain of 13.29%.

Waves has also been bearish due to changing market. The latest data shows a loss of 1.22% over the last 24 hours. The weekly data shows that it performed better, adding 2.68%. The price value for the same coin is about $5.90.

Stacks has also been lagging due to a bearish market. The recent data shows that it has shed 1.44% over the last day. The seven-day data shows a gain of 3.43% for this coin. The fluctuations in gains have brought STX price value to the $0.4789 range.

The global crypto market has faced yet another wave of bearishness. The new wave of bearishness came unexpectedly as the market was recovering. The mentioned change has come as an alteration to the previous pattern of alternating gains and losses. The recent changes have also affected the global market cap value. The latest data shows that it is currently estimated to be $1.15 trillion.