What’s next for LUNC after Binance burns $1.8M in tokens? 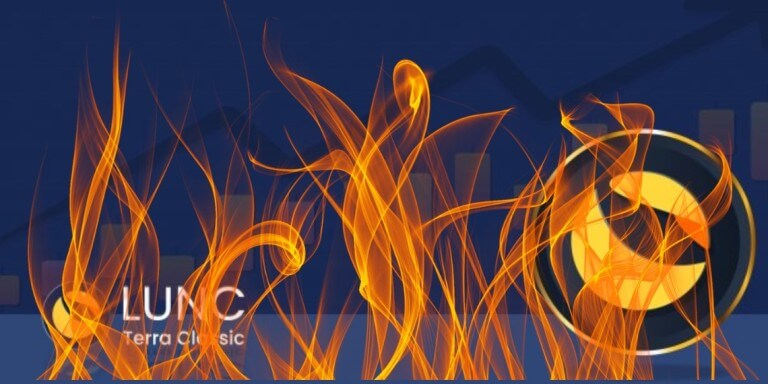 Binance, the world’s top crypto exchange, has completed the first burn of Terra Classic (LUNC) token trading fees. This is in response to a September suggestion from the community. According to a recent notice by the exchange, this batch of fees pertains to transactions that occurred between September 21, 2022, and October 1, 2022.

In a post dated October 3, Binance CEO Changpeng Zhao stated that the exchange had destroyed around $1.8 million worth of Terra Classic (LUNC) — formerly Terra — tokens (LUNA). The burn relates to the trading costs for the spot and margin trading pairings LUNC/BUSD and LUNC/USDT.

The initial notice made by Binance on September 26 stated that burns would occur every Monday. It sends trading fees to a LUNC burn address. Numerous Terra community members recommended the burn technique as part of efforts to resuscitate Terra Classic, whose price had plummeted to almost zero in May and then skyrocketed by more than 250% in September.

Fees are “burned” by sending LUNC to a Luna Classic “burn wallet,” rendering the cash inaccessible to users and decreasing the coin’s circulating supply. The transaction identifier for the burn is:

According to Binance, none of theTerra Classic burns will influence LUNC spot and margin trading fees. The exchange imposes a 0.1% cap on trading commissions.

Do Kwon, co-founder of Terraform Labs, presented a recovery plan to fork the original Terra blockchain to establish “Terra 2.0” after the collapse of the TerraUSD stablecoin and its sister coin, LUNA, in May 2022. With this fork, the original LUNA token would continue to exist on the original blockchain as Luna Classic.

Terraform Labs co-founder Do Kwon, whom many in the crypto industry want held to account for his involvement in Terra’s collapse, has been pursued by South Korean authorities for allegedly breaking the country’s capital markets regulations. A warrant has been issued for his arrest, and Interpol put Kwon’s name on its Red Notice list.

Interpol requested that local law authorities detain the Terra co-founder. At the time of writing, Kwon’s whereabouts are unknown, but he declared on Twitter on September 26 that he was “making zero attempt to hide.” Many crypto members have hinted that he could be hidding in Singapore.

How has the burn affected LUNC’s price?

The adoption of Burn by Binance has invigorated the positive feeling of holders. The community initiated a Twitter campaign advocating for a 1000x price increase in Terra Classic.

Prior to Binance’s Terra Classic burn, around 291 million LUNC were destroyed every day. Crypto researchers and traders anticipate that other cryptocurrency exchanges will begin burning Luna Classic coins after Binance sets a precedent.

According to data from CoinMarketCap, LUNC became the third most traded asset on Binance in terms of trading volume after bitcoin (BTC) and ether (ETH).

Although the relative figures are excellent, the price is a far cry from its $100 pricing in April. However, trading activity over the past few days has been sufficient to propel Terra Classic into the top ten cryptocurrencies by trading volume and to increase its market capitalization to more than $2.1 billion.

To refute the bearish thesis, LUNC must post a 4-hour candlestick close above the current high of $0.00037. The increase could provide an impetus for LUNC to advance to $0.00046.

LUNC critics are in a split

The intention of the Terra Classic community to restore faith in the project was met with harsh criticism and unasked-for advice. Since publishing its road map on September 29, LUNC has dealt with these “vices” on a daily basis.

After the revelation of the burn data, responses from traders were divided. One trader, Tree of Alpha, noted that the quantity of LUNC destroyed represented only 0.09 percent of the coin’s market capitalization. However, some crypto detractors have recently made a U-turn by silently supporting the community.

After these occurrences, the Terra Classic community remained steadfast in its pursuit of significance. In a recent tweet, the LUNC community appeared to be discussing with two cryptocurrency exchanges to expand support for the 1.2% tax burn rate.