The $73.5 mark was a barrier to more downside yesterday, resulting in sluggish trading this morning above the support. We will most likely observe AVAX/USD rise today, with $86 as the price level to breach.

The overall market traded mostly in the green over the last 24 hours. Bitcoin gained 1.19percent, while Ethereum 1.43 percent. Meanwhile, Binance Coin is the top performer, with a gain of more than 10 percent.

AVAX coin’s price was relatively stable over the last 24 hours, trading in a range of $72.46 to $78.23. Over the previous day, there was significant volatility, with prices varying by nearly four percent. Trading volume has decreased by 43%, and totals $461.64 million, putting the market cap at around $16.62 billion. 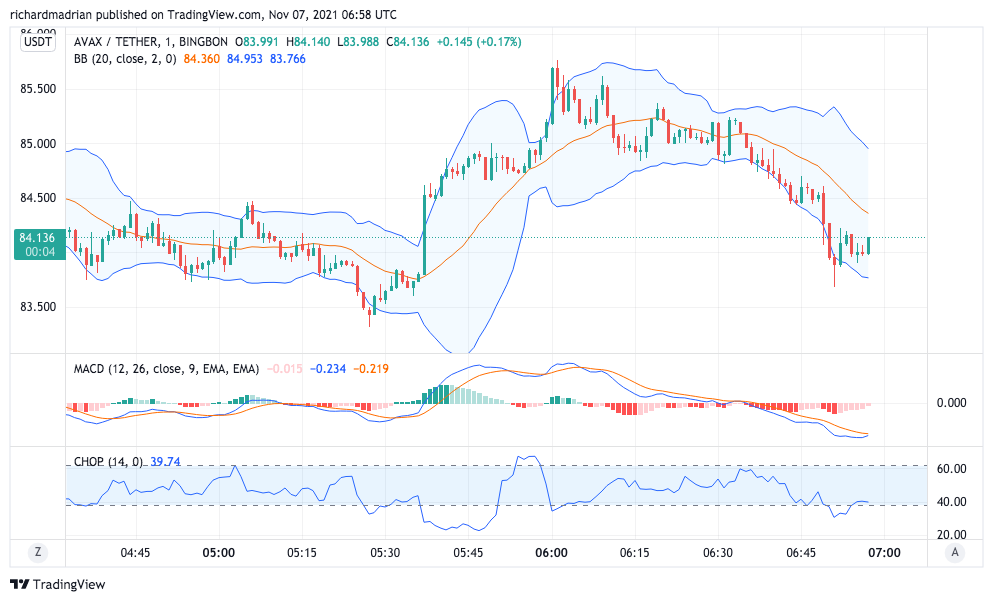 Following the end of October, when a strong rally began, bearish momentum returned to the Avalanche price chart. AVAX/USD rose 35 percent from the previous low of $60 to the present high of $81, establishing a strong higher high.

Following a price rally from $60 to nearly $85, AVAX experienced a short-term correction that was followed by another test of the psychological round number of $100. The market then bounced back on Thursday, retreating back down to around its opening level of $73.5. Support was found, resulting in another surge for AVAX.

The slide from $82.6 to $72.7 was halted on Tuesday, resulting in a current consolidation above the support level at $73.5. Today’s rise might lead to further gains for Avalanche.

Avalanche price analysis is bearish because a new higher low has been established following a strong rejection for more downside. As a result, we expect AVAX/USD to start pushing up, with the $81 barrier broken.