The price of the Bitcoin futures contract has risen despite bearish momentum having been exhausted, as seen in the consolidation above $65 overnight. As a result, we anticipate that AVAX/USD will increase further over the next 24 hours.

Today, intense buying may occur as there is no major news. However, an increase in buy volume or trade activity will show that previous consolidation behavior has been breached by new demand and momentum at play. This behavior could lead to a rally above $73.5 resistance.

The AVAX/USD pair has broken the $65.28 support line but is predominantly bullish in the short term. The market will consolidate around this price level for a few hours before attempting to rise again towards resistance at $73.5; the highest point reached on Monday of this week.

On the 4-hour chart, we can see the Avalanche price starting to reverse above $65 support, suggesting that further rises will continue. 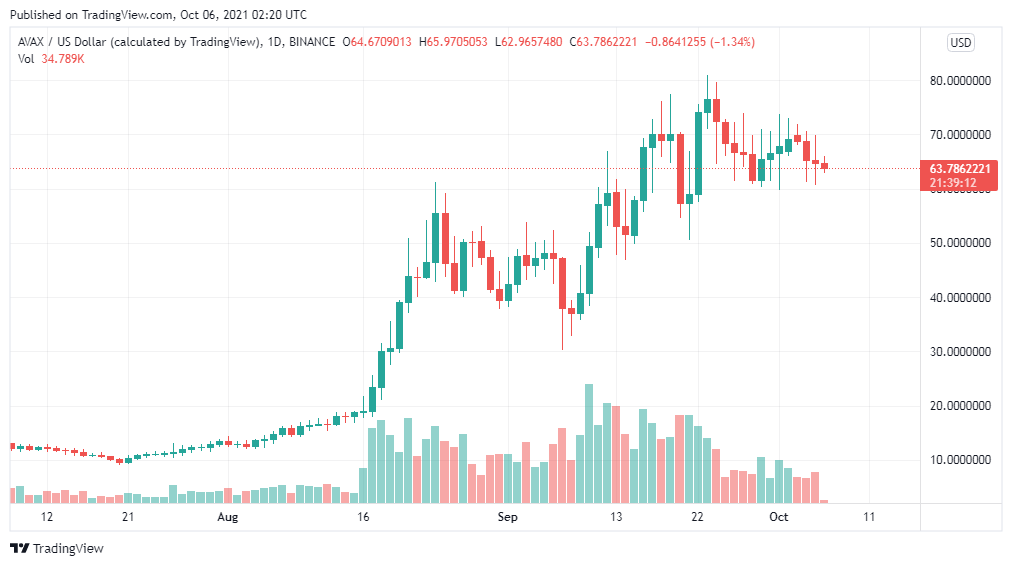 Over the previous several weeks, Avalanche price action has been highly bullish. However, at the end of September, a sluggish retracement began following AVAX/USD’s new high of $79.80.

The stock eventually found support at $61.50, with AVAX moving sideways for a few days after that. Some encouraging signals may be observed, with a somewhat higher low set the day before as the $65 support prevented further losses.

Overall, this price action for the Avalanche should lead to further appreciation during the week. As long as $65 remains fixed, the market structure remains bullish.

The cryptocurrency price has been fluctuating significantly higher over the past two weeks as we approach its next important upside target, $140.00. As a result, we anticipate that AVAX/USD will continue rising today and aim to reach the previous swing high at $73.5 later this week.