Are Wall Street banks getting too bullish too soon? 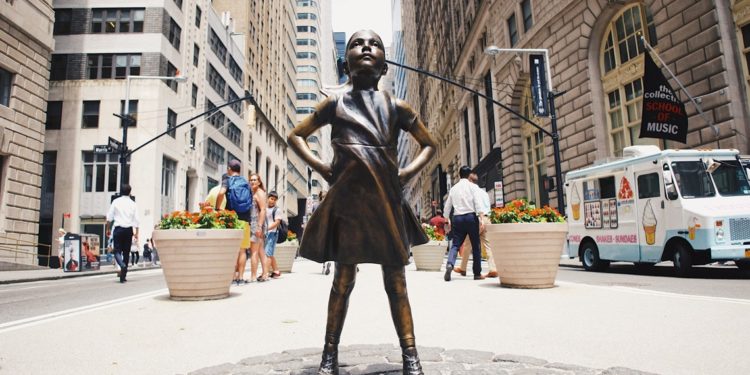 As per major Wall Street banks, which include the likes of Goldman Sachs, JPMorgan, and Morgan Stanley, the stock markets have already witnessed the worst and will soon be on the road to recovery, thus encouraging investors to make the most of the stock market bottom prices.

“Bulls will be picking up anytime soon,” “the worst is over,” and “brace yourselves for all-time highs next year,” are some of the quotes by renowned Wall Street banks who appear to be much more eager to get back in the game and set off the stock market bulls than the investors themselves.

Many investment bank analysts claim that from here on, it is going to be an upward trend for the stocks. However, one may forget that their bullish claims rest entirely on one sole assumption that the state of the global economy will improve as soon as the fears surrounding the pandemic come to an end. These equity calls are resisting the economic slowdown, which, for obvious reasons, remains bogged down by an upcoming recession.

Thus, a recent tweet posted by an investment research company called Hedgeye shows how most Wall Street banks are looking to tap into investors’ optimistic sentiments by forecasting brighter days for the equities. A glaringly contradictory standpoint given the current scenario where most governments aren’t even thinking about lifting the lockdowns.

It is important to note here that most investors face a dilemma between the bearish signals sent by the economy, with European Central Bank’s vice president predicting tough times for the European economy, and the overly reassuring perspectives offered by the Wall Street banks.

During the initial stages of the pandemic, many economists estimated that the US economy will get back on track by the second quarter of the year – a seemingly preposterous claim that’s already been quashed by the unceasing coronavirus spread, showing no signs of stopping yet.

In fact, JPMorgan, which had projected earlier that the stocks would experience record highs next year, has already reported a massive slump of seventy percent (70%) in Q1 profits.

Moreover, Goldman Sachs is urging its top clients to exploit the dip for profitable returns next year, all with a presumption that an economic rebound is waiting to happen once the epidemic slows down.

Assessing both sides of the coin

Amid all these possibly exaggerated claims, one must take a close look at both sides of the coin. According to Thomas Lee, who is the co-founder of Fundstrat, a firm that offers unique viewpoints to market strategy and research, even though it may not be entirely true that the markets will take off where they left before the pandemic began, there is, however, a fifty percent (50%) chance of recovery.

Using historical patterns and data from previous stock market crashes, including the Black Monday of 1987, the economic downturn of 2002, and the financial crisis of 2008, Lee, in his interview with Yahoo Finance, tells that previous instances to show us that the stock market will recover partly.

Mohamed El-Erian, on the other hand, Chief Economic Adviser to financial services giant Allianz, takes a different approach. In his interview with Financial Times, El-Erian said that given the current spate of price-earnings ratios and credit spreads, market recovery is nowhere in sight and that the Wall Street banks are being too optimistic for no reason.

Meanwhile, another Twitter user @CoinCornerDanny posted an old but bizarrely relevant quote by top industrialist Henry Ford, who says that if people were to comprehend the complexities of the financial and monetary system, they would seek reformation.

In times such as these, one can only wonder if that reformation will be in the form of decentralized and sovereign-free Bitcoin? Post your opinion below.