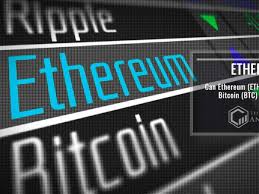 XRP Will Outperform BTC and ETH

“XRP Will Outperform BTC and ETH”, is a theory that Crypto investor and long term digital assets analyst TraderSZ has given out his opinion on XRP. The said he feels that the coin might upset all odds and achieve more in the Crypto market in the coming years. In a podcast interview that is hosted by Luke Martin, the trader said XRP will outperform BTC and ETH to be the next widely accepted asset in the crypto world in the coming years.

The digital asset, which is developed by Ripple, is used as a means of payment used by big companies for business and has a flexible exchange compared to BTC. While traderSZ holds a positive view about the altcoin, some few other traders have a whole negative feeling about the performance of the crypto in the coming years. Most analysts feel the coin might not perform very well mainly because the parent developer of the crypto controls more than 65 % of the total quantity of XRP around the globe.

TraderSZ was quoted as saying that the crypto is an asset that guarantees major profits in financial markets all over the globe.  However, the trader noted that even though the coin might bring an avenue to amass a lot of gains, he doesn’t see it doing well as a whole in the coming years after. He said even though he feels XRP will outperform BTC and ETH, the coin might go under in the coming years. “I will go with XRP because it provides business ventures with maximum profit percentages if it is compared to BTC and ETH. Even if the long term stability of the coin is still unknown, investors should just make use of it for the profit aspect and think about the long term collapse later,” the trader added.

In the same vein, Luke Martin said he feels the coin would be generally accepted by traders since it creates enough opportunities for them in the Crypto market. He was quoted as saying, “The crypto market organizes itself in such a way that some investors prefer a digital asset over the other. XRP creates an opportunity for most investors, so they either choose to adopt it or not. He said he feels that XRP will outperform BTC and ETH in years to come, but analysts just have to be patient with the digital asset.