Wondering how Dubai would look on Mars? Try this VR experience! 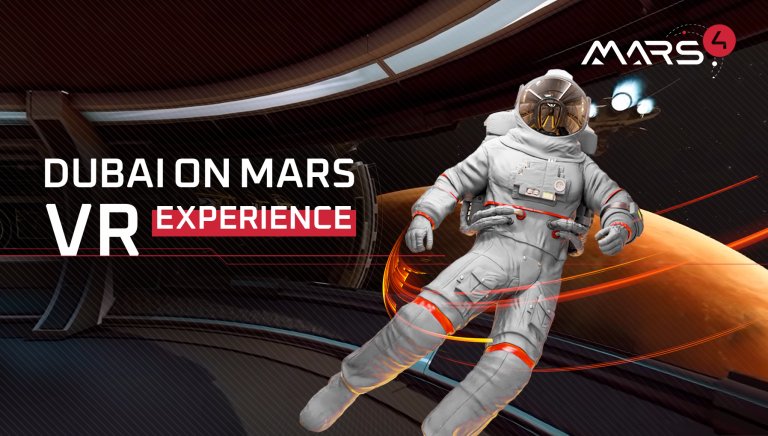 One of the biggest superstars of this century, Elon Musk, has set his eyes on Mars. Sadly, traveling to Mars might not be possible for several years. And even when it will, it will not be accessible to everyone. According to the same Elon Musk, you would need to have a hefty sum just to afford the ticket to the Red Planet – around $100k. But with the technology we have today, taking a sneak peek into the future is not that hard: put on your VR glasses and press play to begin your journey to Mars.

To mark the first sale of a rare NFT, a crater called Newton, the play-to-earn project Mars4 has released a short but intriguing VR experience for anyone, allowing them to visit the Red Planet virtually. Being completely free, Mars4 allows people to enjoy Mars from the safety of their homes and take a glimpse of the future of the planet. The action in the VR experience takes place in the Newton crater which is terraformed to resemble Dubai as the sale was made to Ghaf Capital Partners, a Dubai-based company that invests in blockchain and Web3 solutions.

Mars4 allows people to visit Mars virtually and earn from their experience. The project is divided into three interconnected parts: Mars land plot NFTs, Mars4 dollars, and a play-to-earn game. These components work together to create a vibrant metaverse where players can explore the vast Red Planet, own a piece of it, and earn from cultivating and terraforming it.

Designed with NASA data in mind, Mars land plot NFTs are unique revenue-generating assets based on blockchain technology. You can explore virtual Mars on your browser to pick your spot for your future in the virtual Mars world. Mars NFT land plots will be used in the upcoming game where players will be able to visit their assets and build upon them.

With a fixed supply of 99,888 land plots NFTs in total (more than half of which are already sold) it is the perfect time to purchase your land as the first playable 3D demo of the game is set to be released in 2022, Q2, and will only be accessible to the NFT holders.

888 of these NFT lands are rare NFTs. Excluding Newton which has an owner already, rare NFTs are not available for sale as they are kept for auctions. Newton was sold to an Arab Sheik fascinated by the fact that the crater is a similar size to the United Arab Emirates. The VR experience combines the aesthetics of Mars and Dubai because of this reason.

The MARS4 dollar is an altcoin that can be traded and purchased like any other cryptocurrency. Its value is derived from the fact that it will be used as the main currency in the upcoming Mars4 game. You will need MARS4 dollars to trade resources such as water, food, sell and buy various assets, and complete other transactions.

Mars4 will be releasing an immersive survival game set on the red planet. In the game, you will be playing as a colonist who is trying to endure the harsh environment of Mars, either alone or in a larger community. Players will explore and cultivate their lands, visit public spaces such as offices and shops, and earn MARS4 dollars.

The Mars4 game will be released in stages. The first stage is the demo version planned to be released in 2022, Q2. It will be a full 3D game where players can learn the mechanics of the game and thus prepare for their future on Mars. In addition, the developers will gather feedback to improve the game. After that, further versions of the game will be released throughout 2022-2023, and in the end, Mars4 will be a multi-player metaverse game with blockchain integration.

Mars4 is an active blockchain project that is preparing a captivating play-to-earn game with revenue-generating NFTs. It will allow players to visit virtual Mars and earn from their involvement. Recently, Mars4 released a VR experience to celebrate the first sale of a rare NFT, Newton, a crater on Mars. This VR experience combines the aesthetics of Mars and Dubai and gives a sneak peek into the future of the Red Planet.