Why is FLOW going down? FLOW crypto’s new price outlook 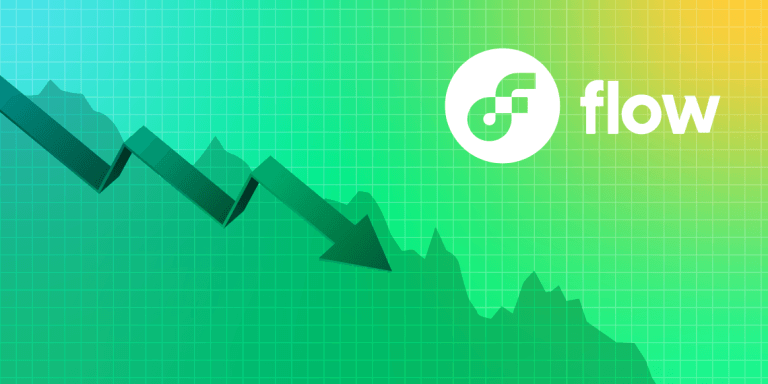 FLOW cryptocurrency has one of the worst price runs in the crypto market. The coin is currently trading at its all-time lows despite registering record development milestones.

FLOW is the native currency of the FLOW layer one blockchain developed by Dapper labs in December 2019. Dapper labs are the company behind CryptoKitties and NFT project, NBA Top shot.

So why is FLOW dropping? In the following sections, we shall explore the coin’s ecosystem highs and lows in 2022 and its probable price movement in 2023.

Contents hide
1 Dapper Labs lays off 22% of its staff.
2 Poor NFTs performance
3 On the bright side
4 FLOW crypto price outlook

Dapper Labs lays off 22% of its staff.

Dapper Labs, the brains behind FLOW, started the project with $11 million in funding in 2019. The project’s investors included Andreessen Horowitz, Warner music group, Accomplice, and AppWorks, among others.

When we met with Dapper Labs, they immediately understood our vision, so we sought to solidify the partnership through this strategic investment.

Dapper Labs had great initial success through the NFT boom of 2020-2021 and secured other big projects like NFL ALL DAY with $15 million in sales, UFC Strike, and NBA top shot with about $1 billion in sales.

Despite the earlier success, the crypto winter of 2022 proved a significant challenge to the company. On November 11, Roham Gharegozlou, CEO of DapperLab, announced a 22% staff layoff citing a challenging macro environment. The CEO also noted the company’s rapid expansion in two years that prevented it  “from being as aligned, nimble and community-driven as we need to be.”

FLOW crypto’s price has dropped over 98% since the NBA’s Top shot NFT bull run began to fade in April 2021. NFTs on the blockchain are experiencing a drop in uptake plus a sharp monthly drop in trading volumes.

NFL ALL DAY, Dapper’s flagship project, has also performed dismally this year. According to Cryptoslam, the NFT’s average selling price has dropped month to month from $56.59 in March to $16.24 in December. The trading volumes are at a quarterly low of $26,766.

NBA Top shot had its worst performance in two years, with a $2.1 million monthly trading volume. In August, the volume-averaged $7 million. Other NFT projects by Dapper indicate similar performances.

On the bright side

Despite poor price performance, the FLOW ecosystem has registered considerable developmental growth. FLOW’s 2022 performance recap suggested that 2022 was the biggest year for its blockchain developers.

New all-time highs (ATH) included 550+ active contracts in September, 30,000 FCL downloads in May, over 128,000 requests on FCL discovery, and 25M all-time NFT transactions, the highest of any chain.

The ecosystem received 90 development grant proposals, of which they accepted 35, with 69 achieved milestones.

The protocol also improved its ‘spook’ related downtime from 4 hours in 2021 to 30 minutes every quarter in 2022.

Little, however, was said about the protocol’s native currency in the report.

FLOW ecosystem developments have centered around building the protocol and onboarding, new builders. The crypto winter has had the best of the native currency; it dropped by 90% from the year’s opening price of $8.8 to $0.89.

Through chart price analysis, we can deduce dropping price momentum from the MACD histogram; the MACD line is crisscrossing the signal line so is unreliable. The 14- day Relative Strength Index shows the coin is trading in oversold territory, so there is a high probability of a price reversal to the upside.

The market’s recovery from the 2022 bear run and Dapper Labs are the missing ingredients required for FLOW crypto to get back to its former glory.