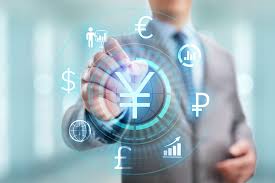 The government of the people’s republic of China is planning to launch its currency, Yuan, in a digital format with the development said to have been discussed by some key figures in the country.

They were further reported to have told snacks making companies Starbucks as well as McDonald’s to help them put the currency to the test. The Chinese government started the trial of the digital yuan about to years ago with the aim that it would be a milestone achievement in the Asian country.

The ex-president of China’s Central Bank Zhou Xiaochuan has noted that the digital yuan could easily be used in replacement for the physical cash if some conditions are obeyed. The comments were made by the previous president when he was invited to talk on a Livestream show on May 5.

The president said that for the digital yuan to be able to work in replacement of the physical cash that it had to satisfy some critical conditions. It must possess a greater efficiency than the real money, the price for exchange has to be eliminated, the majority of the population must participate in making it acceptable, and it should possess excellent market value.

Li Hui also stated that the digital currency must have some of the qualities that leasing crypto Bitcoin possess, but the number of transactions should be limited to checkmate fraud