Bitcoin crash predicted before surge to $100,000 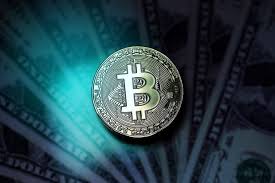 Crypto analyst that was responsible for accurately predicting the Bitcoin crash movement around the first few months of 2019 has stated that the leading digital assets may experience a massive pullback. He noted that the coin would need to make a significant price correction before it eventually makes a massive surge to stay at around $100,000. The famous analyst released a statement on Twitter, where he said objectively that he believes that Bitcoin is going to hit a new resistance mark that has made the asset experience a bearish trend since 2018.

Should things go the way @davthewave predicted on Twitter, he stressed that the coin would first need to rally enough in terms of price surge before it experiences a massive selloff that would put it at the end of a bearish run. He further stressed that the bearish run might actually see the leading cryptocurrency make one of the lowest price sales of around $6,000. He also noted that if the current market is anything to go by, before the bitcoin crash, the coin needs to first assume a correction before it shatters the heart of investors when it crashes.

Prediction to happen in 3 years

If the Bitcoin chart as released by the analyst is anything to take into consideration, then things are set to follow in the way he has predicted, and a correction might not be too far into the future. Meanwhile, he stated that since Bitcoin has always been a stubborn coin, it might eventually upset the odds and make a massive price surge soon. The analyst said he has cross-checked previous Bitcoin movements and it returns after experiencing a surge to predict the $100,000 mark. He expects his predictions to happen in the next three years.

About a year back, the analyst made a shocking prediction of the bitcoin crash that happened at the beginning of 2019 when he said the coin might actually place around the $6,000 mark. His prediction was correct after the coin was forced to trade a little bit around the $6,425 mark in December.