Why did Ethereum price shredded to half in 6 months? 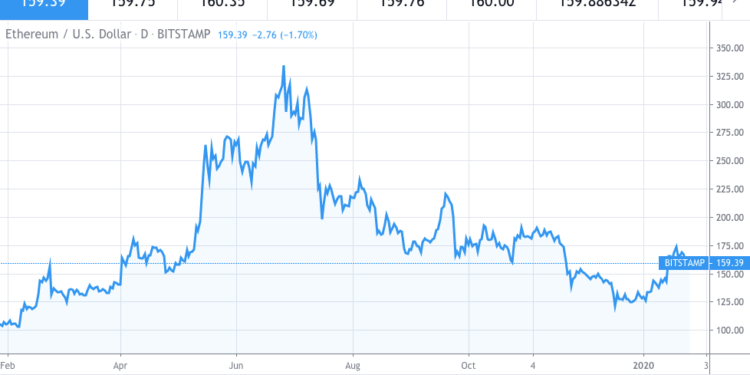 Ethereum, the queen of cryptocurrency is moving slowly for the past six months,, and Ethereum price charts show an almost 50 percent decline in the price since the 26 of June 2019.

Ethereum price had hit the yearly high of $325 on the date following the rally that started on the 19th of May. The rally continued until the 13th of July when the Ethereum price started declining again.

In the past 365 days, ETH price traded above the $200 mark for almost a quarter of the year starting in May and ending in August. However, the price decline may be related to a larger concept than the overall cryptocurrency trend. 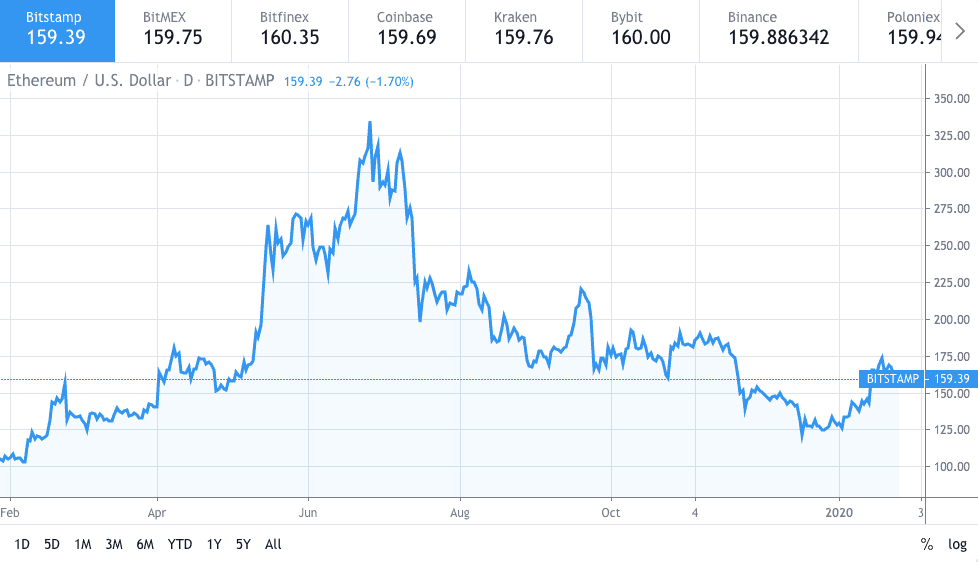 Why did the Ethereum price cut to half in 6 months?

On the other hand, traders and hodlers comparing the Ethereum price movement with the year 2018 when the price had hit $1200 mark would look at the current situation as an extreme negative since their hopes of making big profits have been crushed. But that is not all in this story, or is it?

The real trouble lies with the Ethereum decision to move to Proof of Stake (PoS) working model from the Bitcoin type Proof of Work (PoW) model. The PoS working model has largely been rejected in the cryptocurrency investments circles since the model requires a tangible backing for the network, thus making the complete operation somewhat centralized.

Some traders are of the view that the decision is hurting the price movement by a big margin and among the major reasons for the ETH price decline. While others believe that ETH is going through a regular down phase and will emerge to highs again.