What if MicroStrategy invested in ETH instead of BTC? 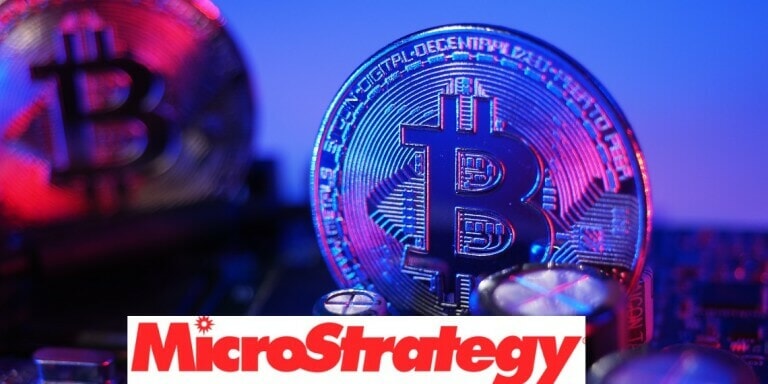 Regarding MicroStrategy crypto investments, the traditional and decentralized financial communities have a great deal of “what-if” questions. Michael Saylor, the inventor of MicroStrategy, is a Bitcoin advocate as is well-known. With over 130,000 BTC, the Business Intelligence company is now the largest institutional Bitcoin investor.

Interestingly, the corporation has purchased BTC throughout both high and bearish market stages. A great thing in hindsight. Things might have turned out differently if MicroStrategy had chosen to invest in Ethereum rather than Bitcoin. Here is why:

MicroStrategy misses out on a lucrative investment

The debate between groups as to whether Bitcoin or Ethereum is the better investment continues to intensify. This time, it is being tested using MicroStrategy’s crypto assets from the past few years. Microstrategy is currently experiencing a loss on the 130,000 BTC it acquired over the years, making it the corporation with the greatest bitcoin holdings.

The Blockchain Center has created a comparison page for MicroStrategy’s crypto holdings. It has compared the company’s Bitcoin purchases with what would have occurred had they been Ethereum purchases instead. The transaction, which began with a $250,000 purchase in August 2020, is worth $2.63 billion at current pricing.

MicroStrategy acquired Bitcoin at fluctuating values over time. Despite these factors, the corporation is still losing more than $1 billion at the current bitcoin price. Given that the corporation continues to promote and invest in bitcoin, it begs the question of what would have transpired if the company had opted for another crypto, such as ETH.

It is no secret that Ethereum has been consistently outperforming Bitcoin. MicroStrategy would have been in a better position if it had invested in Ethereum rather than bitcoin, and the numbers support this argument. According to Blockchain Center, it would have gained $1.47 billion had it instead acquired Ethereum.

If MicroStrategy had purchased ETH the exact times it purchased BTC, it would now have 3,54,000,000 ETH. This would be worth around $5.45 billion, approximately double the value of its BTC holdings.

In addition, the corporation could have staked ETH to acquire an additional 240 thousand tokens, currently valued at $370 million. Saylor might have 1.7 million ETH and earn $134 million per year from staking if he exchanged his BTC stash for ETH at this time and staked. According to Blockchain Centre, MicroStrategy’s operating income has never been this high.

Are Altcoins better investments than BTC?

The comparison scenario is not simply unfavourable or unfortunate for MicroStrategy. Other Bitcoin or alternative-coin investors could have earned far more. Since August 11, 2020, the price of Solana, for example, has increased by 881.83%, from $3.14 to $30.83 at the time of writing.

Microstrategy is not the only company that has invested in Bitcoin. Tesla stated in February 2021 that it had acquired $1.5 billion worth of Bitcoin, causing the price of Bitcoin to surge. Tesla has since sold the majority of its Bitcoin holdings.

According to CoinGecko data, payments giant Square Inc. also possesses over $220,000,000 worth of Bitcoin. In an announcement, the company referred to Bitcoin as a “tool of economic empowerment.”

Although investors may now view Microstrategy more as a Bitcoin investment vehicle, the company’s primary business is still thriving.

Conventionally, investors diversify their investments to manage risk better and avoid placing all their eggs in one basket. However, Saylor has never been very fond of the aforementioned theory. In November of last year, the MicroStrategy executive commented on his diversification philosophy.

In reality, he has repeatedly declared that there is no second-best cryptocurrency. According to the highlighted facts, MicroStrategy would be in a better position if it decided to invest in Ethereum.

However, this does not imply that MicroStrategy’s decision to invest in Bitcoin was irrational. Despite a turbulent previous year, the largest crypto asset has been performing well on the macro front, in the words of the dashboard’s developer.

Despite the possible gains disparity, Ethereum and Bitcoin continue to exhibit positive optimism. According to predictions, Bitcoin may reclaim the critical support level of $25,000 by the end of 2022. In general, the present market conditions continue to weigh down both assets, resulting in a decline from substantial levels.