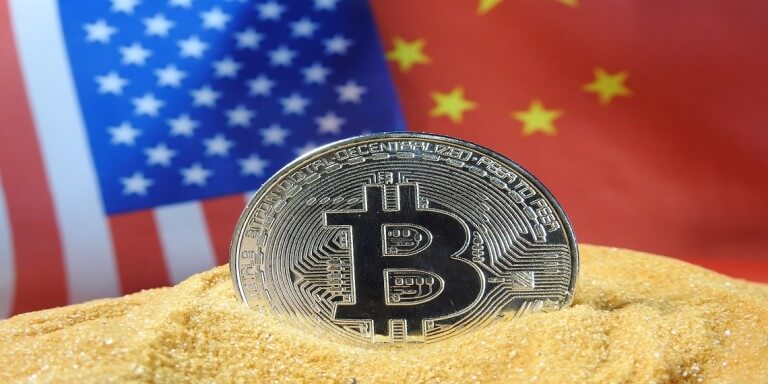 As of November 3rd, the circulating supply of Bitcoin – the largest cryptocurrency by market capitalization – stood at 19.1 million. Interestingly, a decent percentage of the supply is presently owned by corporate investors and institutions like Microstrategy.

The government’s holdings are often neglected in this regard. However, reports have proven that governments are among the biggest holders of Bitcoin, particularly China, which could be surprising given their anti-crypto stance.

Public companies have particularly dominated the headlines following recent accumulations over the years. Currently, these companies account for 257,954 BTC, according to data provided by BitcoinWorldwide.

For one, Microstrategy stands out as the biggest public-traded Bitcoin investor. Headed by the former CEO Michael Saylor, the business intelligence company started adding Bitcoin to its balance sheet in August 2020 as an effective long-term financial vehicle to hedge against inflation.

At the moment, Microstrategy holds 130,000 BTC, as confirmed in the company’s Q3 earnings call. The company’s holding represents roughly 0.68% of all Bitcoin circulating supply and holds a valuation of $2.6 billion, with Bitcoin currently trading at $20,251.

Following public reports reiterated by CryptoQuant founder Ki Young Ju, the Chinese government holds $6 billion worth of cryptocurrencies. These include 194k Bitcoin, and 833k Ether, among other crypto-assets. These assets were confiscated from the PlusToken scam in 2019, according to Ju.

PlusToken pulled one of the biggest Ponzi scheme operations ever in cryptocurrency history, draining billions of dollars from two million gullible investors. In 2020, the Jiangsu Yancheng Intermediate People’s Court ruled that the cryptocurrencies seized during the crackdown of the scheme be forfeited to the national treasury.

While explaining the case of China hodling cryptocurrency, CryptoQuant founder said the government “might hodl btc since it can diversify portfolio and give them a control to crypto markets.” But the concern remains that the Bitcoin and cryptocurrency market could suffer a big hit should the Chinese authorities start dumping 194k Bitcoin.

Bulgaria could be holding more Bitcoin

Elsewhere, reports claim that the Bulgarian government could be the largest Bitcoin holder. In 2017, the Bulgarian authorities claimed to have seized about 200,000 BTC from an organized criminal group. At the time, the cryptocurrencies were only valued at $500 million, and it remains uncertain whether the authorities are still holding the coins.