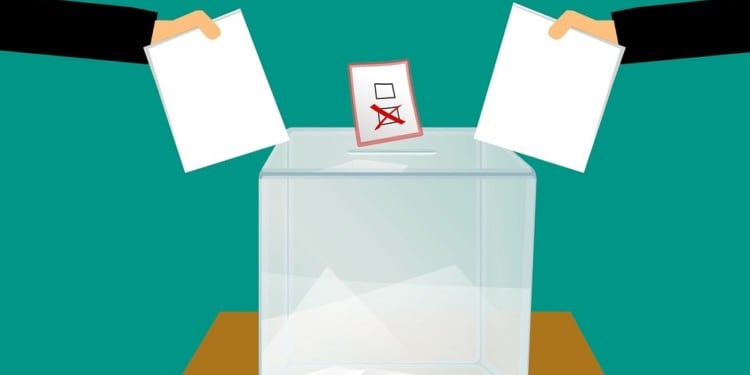 Voatz blockchain voting system is in trouble. West Virginia chose to use a paper ballot instead of blockchain-powered Voatz for voting in the upcoming primary elections in the state. Voatz was proposed to be used for the citizens residing overseas or those with disabilities. Unfortunately, the plan was shelved, and the authorities decided to stick with the traditional paper-ballot mechanism provided by Democracy Live.

The use of blockchain in elections is rising in many countries amidst accusations of rigging. It promises more transparency, authenticity, and accuracy compared to traditional systems. The Democracy Live platform offers voters the ability to cast their vote on a ballot and post it. Other states like Washington, Ohio, and California also use it. Interestingly, famed investor Bradley Tusk is an investor in both Voatz and Democracy Live.

The decision to scrap the use of the Voatz platform was taken after studying the audit report of the Massachusetts Institute of Technology (MIT). The institute undertook a detailed audit of the blockchain platform and discovered that votes were vulnerable to alteration, public exposure, or even deletion. Interestingly, Voatz Voatz blockchain voting mechanism was deployed by West Virginia in the midterm elections of 2018, and no adverse incidents were reported.

MIT shared its report with Cybersecurity and Infrastructure Security Agency before publishing them in the public domain. The report was then shared with appropriate state and election agencies who were planning to deploy Voatz blockchain voting system in any upcoming elections in the U.S. Donald Kersey, general counsel to West Virginia Secretary of State, said that if a mechanism is skeptical or vulnerable to exploits, it must be taken into consideration before deploying such a system in the field.

It seems that the Voatz blockchain voting system isn’t the only faulty system out there. The Democratic Party Iowa Caucus used a smartphone-based voting system built by Shadow Inc. Unfortunately, the experiment went downhill as the voters were not able to cast their votes due to inadvertent delays.

Commissioned just two months before the election date, the app had many errors and was not tested adequately. Consequently, the mobile app failed miserably on the election date resulting in utter chaos.