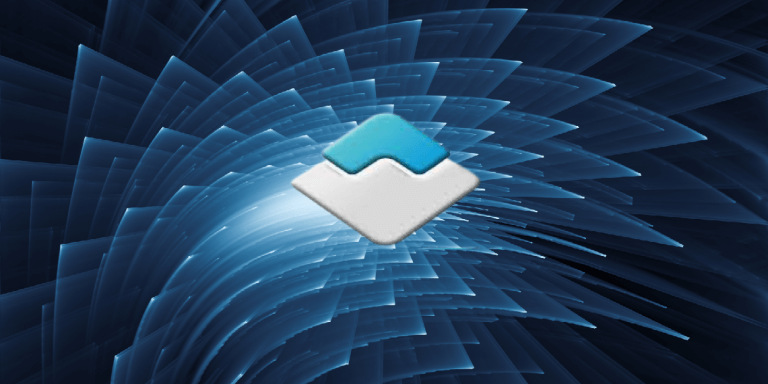 These assets could then be sent through the Waves platform as tokens and then withdrawn back into their original fiat or crypto form through a gateway. All of this can be accessed by downloading the Waves extension on your browser.

A month ago, WAVES is back in one of the top positions in the crypto market after overcoming losses in the previous weeks. The native cryptocurrency registered an increase in its value that exceeds 11.72 percent in the last 24 hours. Bruited as the embodiment of tech freedom for blockchain-based finance, Waves technology might as well be the tool for massive adoption. Let’s see why that’s possible.

What is the Waves crypto?

The Waves crypto blockchain is a source for users to create and then launch their custom crypto tokens. What makes Waves stand apart from other such platforms is that it doesn’t require lengthy smart contract programming. Users can easily and freely trade the tokens they create over the blockchain. Each user has scripts that manage and create each user’s tokens and keep them safe from cyber hacks.

The main aim of the Waves team was to create a platform that develops new tokens, as well as the mechanism to regulate them, in a way that is as simple as launching any other web application. Crypto jargon and understanding its mechanics can be quite a complicated feat for some but the Waves team has made it a point to simplify the process as much as possible.


How was Waves developed?

The Waves blockchain was developed back in 2016 by a Russian entrepreneur by the name of Sasha Ivanov. The founder wanted to develop a platform that simplified the crypto token process for users and gave them the autonomy to create their tokens with ease.

Back in 2016, right after the creation of the Waves cryptocurrency, the initial coin offering for WAVES was initiated. The process raised around $22 million in a short span of time. After the success of the coin offering, by the last quarter of 2016, WAVES cryptocurrency became fully functional.

The background mechanics of the Waves blockchain aren’t too dramatic or complex. The software essentially uses two different types of nodes to run the system. The two nodes are full nodes and lightweight nodes.

Alongside the system of nodes, Waves operates on the basis of a combination of POS and LPoS. Proof of Stake (POS) and Leased Proof of Stake (LPoS) work in sync to keep the network stable and to make it run smoothly.

Where to buy WAVES

Waves’ Exchange disclosed the inauguration of a decentralized Forex market (DeFo) on 29 September 2021. The new market will operate using stablecoins hooked to the rate of assorted fiat currencies. The market currently has seven different stablecoins.

As per the announcement, the initial seven stablecoins added to the platform include USDN, EURN, JPYN, CNYN, RUBN, UAHN, and NGNN. Furthermore, the firm revealed that the pairs added to the decentralized FOREX platform were created using the Neutrino protocol decided upon by ecosystem members.

Recent Waves price analysis reveals the digital asset is currently in a bearish trend as the market is undergoing corrections after a period of bullishness. The market is expected to find support at the $4.26 level, but a further decline could see the price drop to the $3.36 level. On the upside, resistance is expected at the $4.69 level, and a break above these levels could see the price retest the $5.50 level. The WAVES/USD pair is down by over 4.92 percent in the last 24 hours and is currently trading at $4.32. The market capitalization is valued at $470 million, and the 24-hour volume traded is $139 million.

Looking at WAVES price action over the last month, the digital asset has shed over 31 percent, while in the last seven days, it has lost over 7.91 of its value, suggesting a strong bearish movement. We can expect the trend to continue in the near term if the market doesn’t see a major rebound soon.

The technical indicators for WAVES/USD are bearish as the price is moving below the Moving average averages. The 50-day MA is currently at $4.62, and the 200 MA is at $5.11. These moving averages are likely to offer resistance in the event of an upside move. The Relative Strength Index (RSI) for WAVES/USD is currently at 37.23, which indicates that the market is oversold, and a rebound could occur soon. The RSI is also moving in a downward direction, which indicates that the bearish momentum is likely to prevail as there is more room for downside movement.

The recent price fluctuation seen has seen the market volatility increase, as indicated by the wide Bollinger bands, which could attract more investors to the market. The market will likely find some support at lower levels, and a rebound could occur soon. The market remains in a bearish trend in the short term, but a further decline could see the price drop to the $3.36 level. On the upside, resistance is expected at the $4.69 level, and a break above these levels could see the price retest the $5.50 level.

According to Wallet Investor, WAVES is a bad long-term investment. The website has given a bearish WAVES price forecast suggesting that the price of the coin will drop to lows of $1.108  by the end of 2022. The site goes on to state that WAVE price will continue declining, and there is the possibility that the digital asset will crash and not recover.

Digitalcoinprice forecast that WAVES price will be $17.34 by the end of this 2025 and then may rise to a maximum price of $22.08 by the end of 2027. According to their long-term projections, in 2030, Waves could reach a maximum price level of $60.16, which is notably a very optimistic price prediction.

PricePrediction.net is quite bullish on WAVES and has given a price forecast for the ten years. According to their predictions, by the end of 2022, WAVES could rise to as much as $7.45. In 2023, they believe that WAVES might reach a high of $12.25. Later on, in 2027, the price is expected to see massive growth and touch new highs of $44.33. The site also gives a maximum price forecast of $139.72 by the end of 2030. Their predictions are quite bullish on WAVES and are among the most optimistic price predictions.

Looking at our Waves crypto price prediction for 2022, the WAVES coin is expected to have a maximum price of $7.45 and an average price of $6.94. The minimum price value is predicted to be $6.64.

In 2024. Waves coin is expected to make significant gains and could potentially attain a maximum value of $17.30.The average forecast price is $14.97, while the minimum price that might be attained is $14.55.

Waves price is expected to see a price increase in 2027, with the price reaching a maximum of $53.02 levels. The average trading price could be around $45.91, and the minimum price is forecasted to be at $44.33 levels.

The year 2028 could be an excellent year for the Waves digital asset as it is expected to reach a maximum price of $76.12. The average trading price could be around $66.06, and the minimum price is forecasted to be at $63.77 levels.

Waves price prediction is expected to remain volatile in 2029 and might not see a significant price movement. The maximum price is forecasted to be at $111.57 levels, while the average trading price could be $96.92.The minimum price forecast is around $94.28.

The year 2030 could see the WAVES price attain new all-time highs as it is expected to reach a maximum price of $163.62. The forecasted average price could be around $143.60, while the minimum price is forecasted to be $139.72.

By the year 2031, the Waves price is expected to remain stable and might not see any significant price movement. The maximum price is forecasted to be at $242.16 levels, while the average trading price could be around $212.72.Waves coin is projected to attain a minimum price of around $205.54.

Waves crypto price prediction shows the future is positive, and the digital asset could potentially attain new all-time highs in the years to come. However, the price is expected to be volatile in the short term, and investors are advised to exercise caution when investing in WAVES. However, in the long term, the price is expected to continue growing and reach new highs.

Waves coin is gaining traction among investors and is expected to have a bright future. A youtube-based market analyst who goes by the name The Crypto Dead is bullish on WAVE price as he explains the technical aspects of the coin. The analyst believes that WAVES could reach $5 to $7 levels in the near-term projections as he believes WAVE is set to break out from the recent dip it took. In the long term, the analyst believes that Waves could touch $12 to $16 levels as he is bullish on the project.

Waves cryptocurrency has seen tremendous growth recently as it partnered with some big names in the crypto markets. The coin is expected to continue growing in the years to come as more and more people adopt it. The Waves team is also working on upgrading to Waves 2.0 in the coming year. The new protocol is expected to improve the Wave’s outlook and performance.

However, the 2022 crypto winter has made some investors cautious, and they are awaiting a market correction before investing in any digital assets. Nevertheless, the future looks bright for Waves, and it is expected to have a positive price movement in the years to come.

Optimistic short-term and long-term price predictions put the coin’s value at new heights. Prices may be volatile in the near term, but they could rise over time as the cryptocurrency market matures. investors are advised to do their own research before investing in any digital asset.

9 mins read
Here are all the Three Arrows Capital NFT collection details on the verge of liquidation
06 October, 2022

9 mins read
Hollywood star teams up with a crypto firm to give out free NFTs
05 October, 2022