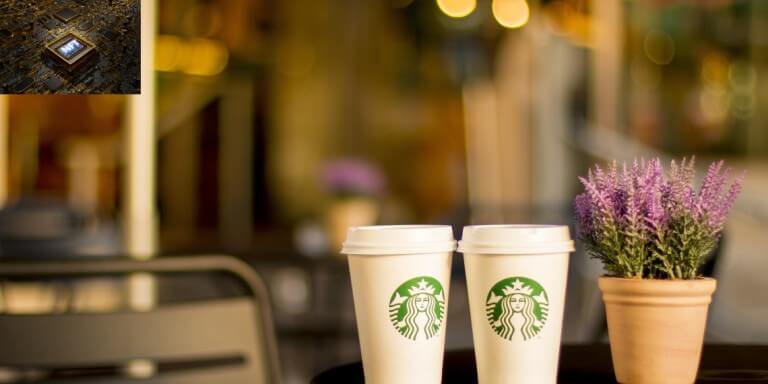 Starbucks Odyssey’s journey has opened its beta program to waitlist members in the United States (US). The program is Web3 inspired and will include immersive coffee experiences and NFTs.

Feedback from Beta testers will help shape the innovations and experiences of the program before public launch.

In January 2023, the coffee house will make more invitations to more users in public.

Starbucks is a multinational coffee house chain headquartered in Washington, US.

Starbucks Odyssey program in the US

Starbucks Odyssey is an extension of the original Starbucks rewards program powered by Web3. The American coffee house launched the inn on September 12, 2022, as an extension into the digital world.

Only members enrolled in the chain’s original Starbucks program could be allowed for Beta.

The Beta waitlist opened on the launch day, and the Beta program just kicked off with the first members and employees in the US.

Starbucks has always served as the Third Place, a place between home and work where you feel the warmth of connection over coffee, community, and belonging. The Starbucks Odyssey experience will extend the Third Place connection to the digital world

Executives stated that the reward program would not include cryptocurrencies and crypto wallets to make the journey seamless. Users would use the program without realizing they were interacting with the blockchain.

The coffee house will conceptualize the reward program as a ‘journey’ that users can engage in when they log in to the program. The journey will entail fun trivia challenges, quizzes, and interactive games. Upon completing a journey, the program will reward the users with NFTs dubbed ‘stamps.’

Developers designed the journey in an entertaining, easy exploration of the coffee house’s history, pop culture, and various coffee products.

Their rich history will inspire the first journey, such as Pike Place Market in Seattle, its first location.

The Polygon blockchain protocol will host the Starbucks stamps. Polygon is a highly scalable carbon-negative blockchain with Smart contract capability.

The stamps will be unique collectible items with rarity levels and can be traded on an inbuilt marketplace and, later on, Nifty Gateway. Limited edition stamps will also be available for purchase through credit cards.

Perks and rewards will include access to virtual coffee-making lessons, unique merchandise, access to exclusive events, or even rips to the company’s Hacienda Alsacia farm in Costa Rica.

Stamps will feature art pieces by artists, all themed around the coffee chain.

The firm’s stories blog noted that it would donate profits from selling limited edition stamps to causes connected to reward members and their partners.

The program will also include a point-based system that will accumulate on a user’s progress in the journey and the value of their stamps. The points will be redeemable for perks in the coffee chain and reset at the year’s end.

The future of Web3 enterprises

The future of WEB3 will likely be an intersection of the old and the new rather than a complete overhaul. The blockchain industry has had its downs in this crypto winter, but at the same time, the underlying technology has had exceptional applications in other sectors.

Enterprises are moving into the WEB3 realm. Companies like Coca-Cola, NIKE, Meta, Stripe, and Adidas have already launched successful products.

Financial institutions are also exploring WEB3. Countries like Nigeria have already launched a virtual currency in the country with similar pilot programs running around the globe.

Applications have also extended into the entertainment industry, with artists like Steve Aoki and Snoop Dogg launching successful NFT projects.

The implications of WEB3 within industries might be blurry, but the blockchain is here to stay.