US banks collapse to spike in stimulus interest; is blockchain the answer? 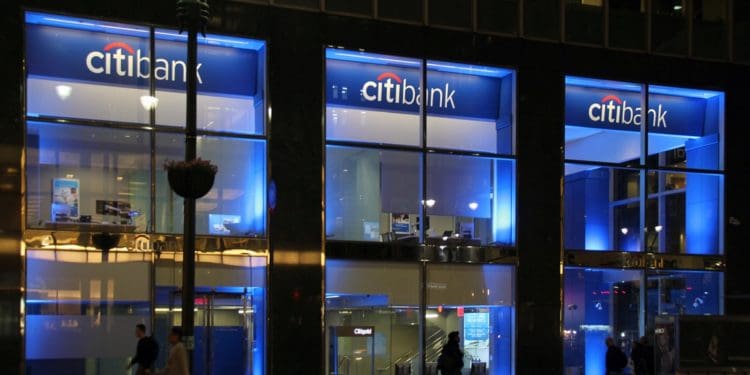 On Wednesday major US banks, including the US Bank, PNC, Citi, and Capital One, suffered severe technical setbacks after being hit by a massive wave of a spike in stimulus interest as people flocked to their websites to check the status of their much-awaited stimulus payouts.

The coronavirus outbreak has caused widespread devastation in America, with over 650,000 confirmed cases in the country. A broken public health system and a flailing economy, coronavirus is essentially exposing some significant weaknesses of an otherwise advanced state.

Earlier this month, the government opened its eyes to the ticking time bomb. It launched a comprehensive stimulus payout to help its citizens withstand the far-reaching consequences of the pandemic.

Around 80 million Americans are finally about to receive their eagerly-anticipated $1200 worth economic impact payouts. However, the process is anything but smooth and fast.

US banks unable to cope with increasing demand

NBC News reported on Wednesday that with people rushing on to the banks’ websites to check the status of their payouts, it is collapsing their entire system. Several banks, including Chase, SunTrust, and Fifth Third Bank, reported problems of interruptions, website slowdown, and outages.

Marcey Zwiebel, PNC Bank’s director of public relations, confirmed through an email that the unprecedented surge in demand for these channels is the root of the problem. The bank’s websites are not designed to handle a massive inrush of customers, all at once, Zwiebel said.

Alex Mashinsky, CEO of a blockchain-based financial services company called Celsius Network, spoke in an interview with CoinTelegraph and said that the systems were designed to fail from the start. The economic crisis has exposed the otherwise disguised loopholes in the existing banking system, he said.

Can blockchain come to rescue?

And while we keep pulling Bitcoin to pieces for its lack of scalability, banks have shown that they too are unable to scale with soaring demand. Although the government is doing everything it can to ensure that no one is left out because of the banking system inefficiencies by physically printing out the checks, it goes to show that we aren’t making the most of what technology has to offer, he asserted.

Commenting on what he believes is holding back the desperately needed blockchain adoption in financial services, Mashinsky thinks that it is because blockchain technology can make the entire banking system frictionless. When everything is seamless and friction-free, the US banks will be unable to charge their customers higher rates.

Mashinsky feels that if the US government wanted to ensure that the entire process of stimulus payouts is carried out without any hiccups, it could’ve adopted a concept similar to JPMCoin or Libra. So, the problem isn’t with technology but with the outdated perception, which will need changing in the future, he concluded.