Report: 97.7% of tokens launched on Uniswap are rug pulls 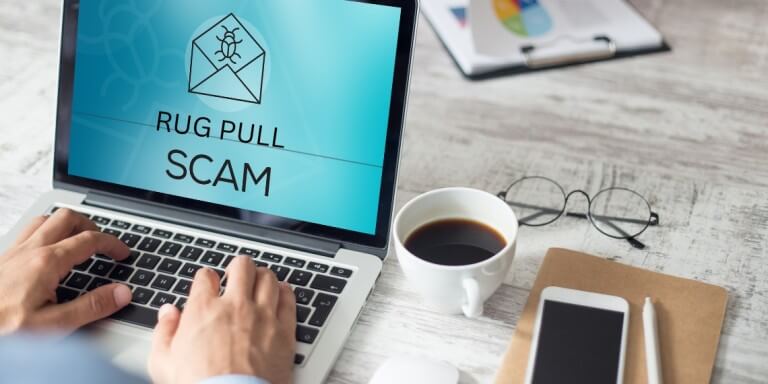 Blockchain technology has proven to be extremely disruptive and empowering in both the public and private computer application industries. However, the most recent Uniswap data illustrates that crypto investors have been slammed by a wave of rug pulls. Uniswap is the premier decentralized crypto exchange that runs on the Ethereum blockchain.

What are crypto rug pulls? In the crypto sector, a rug pull is a malevolent scheme in which developers abandon a project and flee with investor funds. Typically, rug pulls to occur within the decentralized finance (DeFi) ecosystem, particularly on decentralized exchanges (DEXs).

Note that decentralized exchanges like Uniswap set the pricing of tokens in a pool algorithmically based on the available balances. Rug pulls can occur immediately after the introduction of a project, or they may play out over a longer length of time, prolonging the investors’ pain.

Uniswap has evolved to become one of the most reputable crypto exchanges. The narrative, however, has been completely tainted by the most recent rug pull report. Per the findings, 97.7% of tokens launched on Uniswap were rug pulls.

We provide the most extensive labeled dataset of Uniswap rug pulls to date, including the source code, the liquidity, the prices, the mint/burn, and transfer events. The dataset includes all tokens from 04/05/2020 to 03/09/2021. In total, we labeled 26957 tokens as scams/rug pulls and 631 tokens as non-malicious.

In November 2018, Uniswap, the most significant decentralized exchange, was launched. More than 40,000 ERC-20 tokens are locked and tradable in the Uniswap system, with a total value of USD 7 billion. The report satisfies all requirements and eliminates the chance of inaccurate findings.

Following the extensive study, the final list contains 27,588 tagged tokens, of which 631 are non-malicious, and 26,957 are malicious. Within the malicious, there are 24,870 rapid rug pulls and 2,087 events without LP Burn. The report reveals that there are far fewer benign tokens than harmful ones.

In this paper, we expand the rug pull dataset of the paper to 27,588 tokens. To do this, we collected all Uniswap data until 03/09/2021 by directly interacting with the Ethereum blockchain. In total, we labeled 26957 tokens as scams/rug pulls and 631 tokens as non-malicious.

The paper then identifies Unicrypt as the base for rug pulls. Unicrypt is a protocol that operates on top of the Uniswap protocol that aims to provide a partial solution to rug pulls. The report empirically shows that the majority of Unicrypt tokens are malicious.

On the basis of this theoretical framework, they developed a mechanism for identifying previously conducted rug pulls. Unsurprisingly, they discovered that over 97.7% of the tokens were identified as rug pulls. These rug pulls were all credited to Unicrypt. Here is a takeaway for crypto investors: the analysis indicates that 90 percent of tokens using locking contracts will likely become a rug pull or harmful token in the future.

As is commonly believed, the report demonstrates that the plight of users and smaller tokens are not exclusive to BNB Chain. As the world of crypto expands rapidly, it should come as no surprise that people are already investigating ways to exploit the new system.

Scammers will follow the money wherever it goes. Certain characteristics of the DeFi ecosystem, like the ease of producing and listing new tokens, have made it easier than ever to execute rug pulls.

As DeFi has opened an entirely new world of finance to millions of people across the globe, it has also created new opportunities for scammers. The increase in Defi rug pulls should not be taken lightly. Here was the start of crypto rug pulls:

OneCoin continues to claim the distinction as the largest crypto fraud and swindle to date, notwithstanding its antiquity. The company, founded in 2014 by CEO Ruja Ignatova, intended to become the next major cryptocurrency. After Ignatova’s speech at London’s Wembley Stadium, the project gained significant momentum. OneCoin was afterward able to accumulate millions.

Ruja Ignatova vanished without a trace in 2017 and has not been located to this day. The brother Konstantin Ignatov pleaded guilty to the $4 billion fraud plot and took the fall. Later, it was determined that the blockchain that would have supported the cryptocurrency never existed; instead, the currency was built on a SQL server.

In recent times, most crypto rug pulls, particularly NFT rug pulls, feature Hollywood celebrities. An independent on-chain analyst stated that celebrities advocating these projects would “at some point” be held accountable for not being cautious enough in light of the prevalence of scams in the crypto realm, particularly with NFTs.