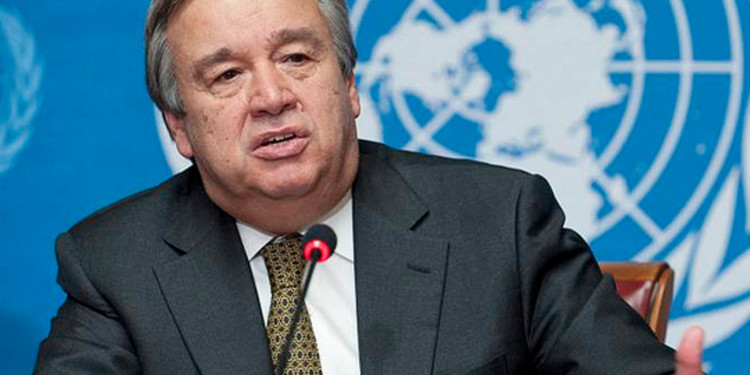 United Nations (UN) Secretary-general, António Guterres has once again come out to show his support for blockchain saying the organization must embrace the technology.

Guterres has been in support of this technology for a long time as this is not the first time the Secretary would come out to speak highly of the technology.

Guterres explained that the technology has to be adopted by the United Nation for them to be able to deliver on their mandate in this time.

He said in his own words that for the global organization to deliver better on their mandate in the digital age, they need to embrace technologies like blockchain.

Before now, Guterres spoke of how trust in national institutions, among states and in a rule-based global order has declined and how technologies, particularly blockchain, can help mitigate the issue.

On the other hand, Mr Secretary does not speak highly of cryptocurrencies as he does for blockchain.

How the UN has managed to utilize blockchain

Since Guterres created the digital cooperation program, blockchain use on the UN’s part has seen significant growth.

The UN has managed to use the technology for several human improvement projects across the globe.

The organization has earlier in 2019 used blockchain tool to prevent exploitation of workers in Hong-Kong with a blockchain financial services firm earlier this month.

Outside this, the organization is also using the blockchain solution technology for sustainable urban development in Afghanistan.

The organization’s specialized agency for aviation has also said that blockchain technology could offer tremendous benefits across aviation systems globally.

António Guterres is a Portuguese politician and diplomat. Before becoming the Secretary-general to the United Nation, he was the United Nations High Commissioner for Refugees between 2005 and 2015.

In both a 2012 and 2014 poll, the Portuguese public ranked him as the best prime minister of the previous 30 years.