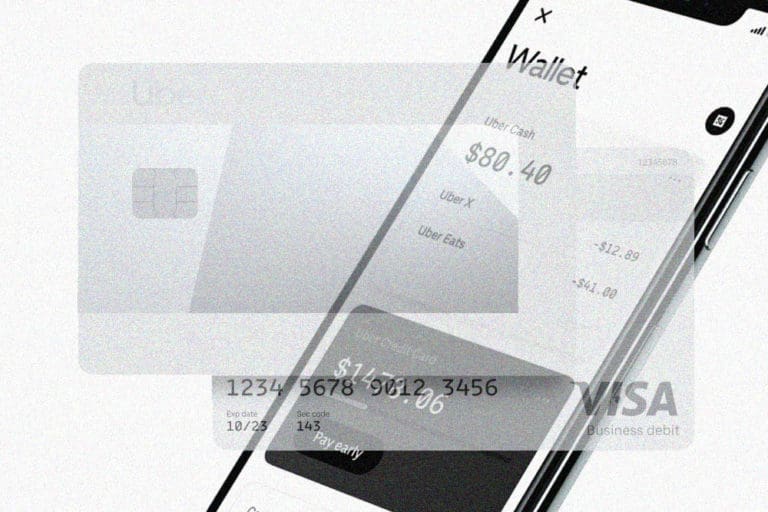 Uber, the ridesharing giant his now making efforts to delve into the world of cryptocurrency. They announced their efforts of “Uber Money” on Monday.

Peter Hazlehurst, set to head this new division claimed during an interview via the telephone that they aimed to aid individuals. To apprehend that this recently-developed arm of Uber paid heed to financial services by the provision of access to services they had previously excluded.

What is Uber Money?

Uber Money would be an in-service token that would allow Uber users to pay without using cash through the digital currency service. With this initiative, Uber plans to keep its drivers, couriers, and customers loyal to their services.

With Uber Money, the ride-hailing service aims to curb the competition they have been receiving from similar ride-sharing companies around the globe. They set the record straight with 100 million users actively using their services per month.

Numerous individuals utilize credit cards when paying for rides or food orders. The application of a decentralized route could remove the middlemen and create fresh monetary streams.

Uber has decided to launch a debit card coupled with an amplified “on-the-spot payment” service which they have been analyzing in the United States and similar markets. This has been quite popular in the United States, and more than 70 percent of payments were made through this means.

Technically, it is a no-fee bank account as the card is connected to an account issued by Green Dot in the United States.

Peter further explained that remunerations could be accessed in concurrence and that there were no costs to allow the payments there, with the freedom to spend the cash in whichever way one pleased. ,

The very inception of the Uber Money initiative sheds light on the fact that many in the freelance economy are finding it difficult to make ends meet. Another well-received feature is the no cost $100 overdrafts, which aid cash-strapped drivers to be able to pay for gas to start the day. This owed to the limited interest as opposed to usual loans.

These initiatives could aid in the introduction of the realm in countries where cash prevails, such as Bangladesh or Pakistan. Nearly 40 percent of Uber riders around the world are paid via paper compensation, and Uber aims to reduce that figure.

A significant advantage to Uber against its competitors is its colossal scale, allowing the enterprise the ability to arrange finer dealings with sellers, with Hazlehurst stating they do not need to take the usual model for fee income to start their projects.

Uber Money: the rise of technology

Uber Money is the ride-hailing service’s first step into the financial services sector, and the digital currency would put Uber in the big league. Facebook recently revealed its aspirations to tap into the cryptocurrency world through Libra, Amazon is presenting small start-ups with loans, and Apple introducing their credit card, have been big moves for Uber.

Uber also revealed at a conference in Vegas their Uber Wallet initiative, which allows riders as well as drivers to deposit payments, keep transaction histories in check and initiate e-payments. Drivers will be permitted to expend their earnings instantly with the integration of Apple Pay and Google Pay without the need for a tangible debit card.

Uber plans to offer microloans to drivers in many countries, including Peru, India, and Brazil. It could potentially do the same in the U.S. based on driver surveys they collected.

To facilitate users, the Uber credit card, which is a collective initiative with Barclays, offers better recompense for payments within the company’s delivery and transport services.

In its short time being a public corporation, Uber quota has been taken with a grain of salt over its future prospects and a larger turn in investor sentimentalism looking to profits instead of growth. Uber stock is exchanging beyond 25 percent beneath its $44 May initial public offering price. The 4th of November is the stipulated date for their report on the third-quarter.