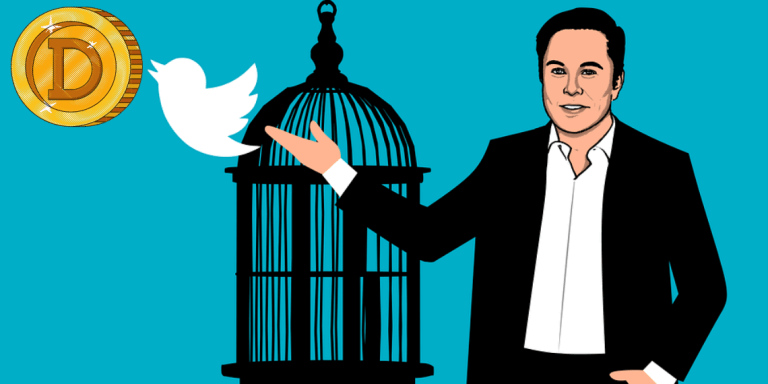 Elon Musk is the new CEO of Twitter, and this development has sparked a crypto frenzy. Musk is the world’s richest man, and his investment strategy is admirable. For some time now, he has been renowned as the DOGE godfather. The crumbling of the ad-funded social media boom is causing significant market ripples.

The billionaire plans to transform the fifteenth largest social media network, known as X, into an “everything app.” In the meanwhile, crypto investors and aficionados may have something to anticipate. Elon Musk’s post may have clarified the cryptocurrency to be used for payment on the platform, which had been a source of confusion for crypto investors.

Tuesday saw the creation of a new class of Shiba Inu-inspired tokens on BNB Chain and Ethereum. The two blockchains were populated with names like “babyDogeTwitter,” “spaceTwitterDoge,” and “elonDogeTwit.”

However, not everything that sparkles is gold. PeckShield, a blockchain security company, stated in a tweet that more than 67 of these tokens dropped 90% in the hours following their release, while 45 tokens dropped 100%. This resulted in cumulative losses of thousands of dollars for investors who gambled on newly created tokens in anticipation of a long-term price increase.

In addition, Musk’s post spurred a surge in Dogecoin, which jumped over 15 cents and gained over 24% in the past 24 hours. Floki Inu, another Shiba Inu-themed token, increased by a comparable amount, while Shiba Inu’s SHIB tokens increased by 8%.

Musk has been a significant backer of DOGE, which has become a proxy for his reputation. As previously reported, the entrepreneur’s views about the coin have also consistently influenced its price.

Chief Twit is an advocate for internet freedom, but his hands could be full. While Musk has ambitious ideas for Twitter, regulations may provide a significant hurdle to his goals. European Commissioner Thierry Breton told Musk, “In Europe, the bird will fly by our rules.” Breton poked fun at Musk’s promises of free speech.

Elon Musk did not buy Twitter just because he has $44 billion lying around. As expected, the finance magnet must have been provided with a company strategy. All of these initiatives are only starting to materialize. Here it is: Twitter Inc.’s Blue service, which includes the coveted “verified” badge, will soon cost $8 per month.

The social media platform implemented the blue tick authentication method in 2009 in response to celebrity concerns about impersonation. The program had difficulties when the entity revoked the verification status of controversial users, such as the right-wing personality Milo Yiannopoulos. Following that, it was suspended for a number of years before being resumed.

Musk claims that his efforts to commercialize the service will reduce the social media network’s reliance on ads. Musk stated that blue-tick subscribers would be given precedence regarding answers, mentions, and searches. Additionally, customers can upload longer videos and audio while facing half as many ads. In addition, he offered a paywall bypass from “publishers willing to work with us.”

Twitter’s current lords & peasants system for who has or doesn’t have a blue checkmark is bullshit. Power to the people! Blue for $8/month[…] country proportionate to purchasing power parity.

In response to rumors that the platform may soon begin charging verified users $20 a month for blue ticks, best-selling author Stephen King tweeted, “If that gets instituted, I’m gone like Enron.”

The payment scenario is as follows: First, expanding on payments, he noted that it “would make sense to integrate payments into Twitter so that it’s easy to move money back and forth” and that such plans might involve “cash as well as cryptocurrencies.” According to rumors, the entity may even implement a crypto wallet feature, allowing for deposits and withdrawals.

The much-anticipated move by Elon Musk has generated a TON of conjecture and FUD on the social media platform. Various enthusiasts have contributed their narratives. The payment solution for cryptocurrencies on Twitter may no longer be a secret. On September 15, Musk tweeted his support for the cryptocurrency Doge. Musk was reminded of this tweet by a Twitter user with the handle @StonksReddit.

This one has the most structure among all the possible Twitter applications for Dogecoin. Elon Musk has begun accepting online Dogecoin payments for Tesla products. Santa Monica’s Tesla supercharging station accepts Dogecoin.

Cryptopolitan has conducted extensive research on the future performance of Doge. According to analysts, Dogecoin has shown to be a tremendously rewarding investment in the near run. Long-term investments should be based on a coin’s underlying fundamentals, not on speculative bets or market sentiment.

A recent Dogecoin price research reveals a price increase as a result of a string of favorable news and collaborations. The coin experienced a significant increase on October 27, 2022. Elon Musk’s purchase of Twitter indicated his support for Dogecoin.