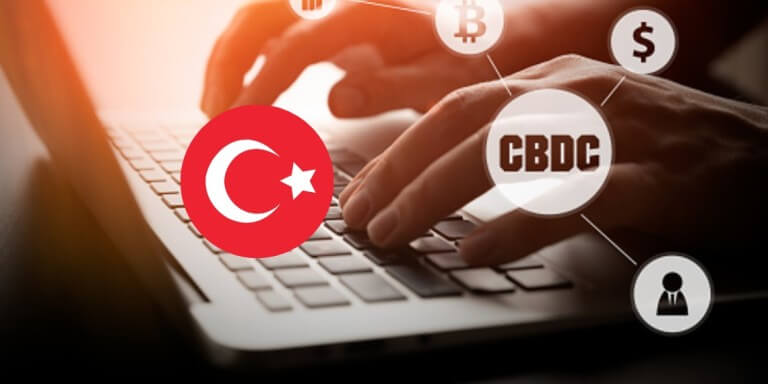 2022 has been a difficult year for the crypto industry. Despite this, a number of industry participants have embraced cryptography and blockchain technology in light of sufficient proof that it works. The government of Turkey is one of the nations that has recognized the usefulness of this initiative. The Central Bank of Turkey (CBRT) has completed the first testing of the Turkish digital lira.

Turkey embraces CBDC with more to come in 2023

The Central Bank of the Republic of Turkey (CBRT) has completed the first CBDC, the Digital Turkish Lira.  According to a statement issued on December 29 by the CBRT, the central bank authority successfully completed its “first payment transactions” utilizing the digital lira.

The Central Bank of the Republic of Turkey said it will continue conducting restricted, closed-circuit pilot testing with technology players in the first quarter of 2023. Upon completion of this phase, the Turkish Central Bank will expand the program to include chosen banks and financial technology businesses for the remainder of the year.

Before explaining the further stages of the research, which would enhance participation further, it was claimed that the conclusions of these assessments would be made public via a “comprehensive assessment report.”

The Central Bank of the Republic of Turkey

CBDCs are digital assets backed by a central bank and are notably distinct from cryptocurrencies such as Bitcoin and Ethereum. This is because a central authority, such as the government or central bank, controls them.

Bitcoin and many other digital assets are decentralized: no single entity controls them, and their transaction ledgers are maintained and validated by a distributed network of validators.

The CBDC roadmap up to now

In September 2021, Turkey’s central bank disclosed in a study project dubbed “Central Bank Digital Turkish Lira Research and Development” that it was examining the benefits of introducing a digital Turkish Lira.

The Turkish government at the time did not commit to the eventual digitization of the country’s currency. In addition, Turkey’s government stated that “no final decision has been taken on the issuance of the digital Turkish lira.”

The CBRT stated in its most recent statement that the bank would continue exploring the usage of distributed ledger technology in payment systems and their “integration” into immediate payment systems.

In addition, the CBRT will emphasize research on the legal aspects of the digital Turkish Lira, including the “economic” and “legal framework” surrounding digital identity. This is in addition to its technological prerequisites.

In October, the Presidential Strategy and Budget Directorate of Turkey submitted an annual program for 2023 that included consideration of a CBDC connected with digital identification and FAST. According to reports, the Turkish central bank will oversee the payment system.

CBDC adoption cases around the world

Countries around the world are in different stages of researching and releasing CBDCs.  The Japanese central bank was rumored to be planning a CBDC trial with the country’s megabanks last month.

Several nations, notably the United Kingdom and Kazakhstan, have begun testing digital currencies issued by their central banks. China is by far the most advanced of the big economies, with residents already able to spend digital yuan.

The Bank of England has begun accepting proposals for a proof of concept for a CBDC wallet. Meanwhile, the Kazakhstan central bank has advocated the deployment of an internal CBDC as early as 2023 with a three-year staggered rollout.

The Reserve Bank of Australia (RBA) recently indicated reluctance over its own CBDC plans, with assistant governor Brad Jones warning in a speech on December 8 that a CBDC might displace the Australian currency and cause individuals to forsake commercial banks completely.

Turkey’s currency is one of the worst-performing emerging market currencies, losing 29% of its value this year, making it an interesting case study. As a result, individuals are interested in digital assets like Bitcoin.

Privacy groups have attacked the concept of CBDCs despite the fact that several nations around the world have made varying degrees of development with CBDCs. These critics say that they might enable the government to monitor and regulate citizens’ expenditures.