Time to move away from ENS domains? 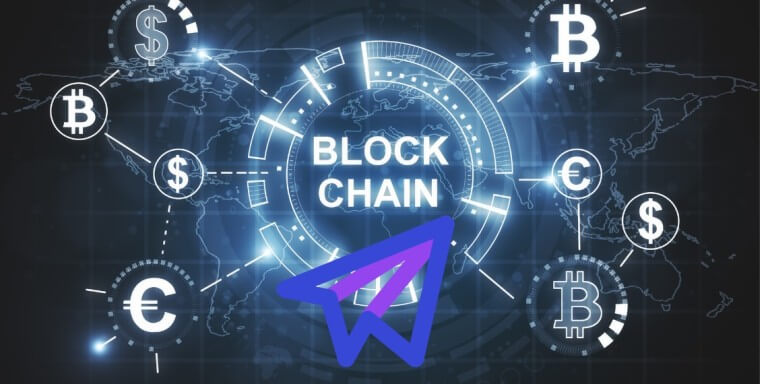 How much does your digital identity mean to you, or how much is it worth in crypto? Telegram, an instant messaging application, will soon let you find out. One of the most popular messaging services has created a new marketplace that does not use non-fungible tokens (NFTs).

The social messaging network is preparing to start its marketplace for auctioning unique usernames for social platforms, a concept initially proposed in August. Telegram, which has more than 700 million users, said via an official channel on Thursday that the platform’s development phase has wrapped up.

Users can finally relax as the wait is over, and the platform will soon be released. The marketplace is based on The Open Network, its native blockchain (TON). In late August this year, firm founder Pavel Durov first teased the concept. At the time, he proposed a marketplace that could auction highly-desired usernames using “NFT-like smart contracts.”

Durov made the recommendation following the “success” of domain name auctions by The Open Network (TON), a layer-1 blockchain created by the Telegram team. Mid-July saw the introduction of the blockchain project’s TON DNS service, which allows users to provide human-readable names to crypto wallets, smart contracts, and websites.

Imagine how successful Telegram with its 700 million users could be if we put reserved @ usernames, group and channel links for auction […] This would create a new platform where username holders could transfer them to interested parties in protected deals — with ownership secured on the blockchain via NFT-like smart contracts […] Other elements of the Telegram ecosystem, including channels, stickers or emoji, could later also become part of this marketplace.

Pavel Durov believes that Telegram’s 700 million users will allow it to achieve greater success. He intends to sell usernames, group memberships, and channel connections. In addition, the plan calls for selling four-letter usernames such as @bank, @club, @game, and @gift, as well as addresses such as @storm and @royal.

The TON blockchain’s ups and downs

Telegram developed the TON blockchain alongside its messaging software. However, it was abandoned in August 2020 after the U.S. Securities and Exchange Commission filed a complaint (SEC). TON had problems with the SEC due to an unregistered first sale of $1.7 billion of Gram tokens.

After losing the court battle with the SEC in the middle of 2020, Durov abandoned the project to concentrate on Telegram. Since then, open-source developers have resurrected the project as The Open Network.

The TON network employs a proof-of-stake (PoS) consensus mechanism and supports multiple features, including staking, NFTs, and decentralized apps. The ecosystem’s developers then established the TON Foundation to sustain the project, a move that Durov supported.

The trade volume has also increased by more than 380%. It implies a rise in investor interest as Telegram plans to auction and reserve unique usernames.

The technological era has brought forth significant progress. Digital money has reached unprecedented heights. Many dispute the rationale behind cryptography and arts such as NFT. Many investors question why they should spend money on something as trivial as a “username” in light of Telegran’s present trend.

However, this is not the first time a firm of this type has been established. Note that Ethereum blockchain usernames have long been available for purchase through Ethereum Name Service. You don’t have to look very hard to find other initiatives that have announced their intention to sell NFTs of consumers’ digital identifiers for online gaming.

The Ethereum Name Service (ENS) is a blockchain-based, distributed, open, and extendable naming system. ENS is responsible for mapping human-readable names such as ‘doris.eth’ to machine-readable identifiers, including Ethereum addresses, other crypto addresses, content hashes, and metadata.

Due to its end-to-end encryption that enables anonymous messaging, Telegram has gained popularity in places like Iran. This anonymity is Telegram’s primary selling point. However, this commitment to anonymity has created friction with governments.

Now Telegram is adding more Web3 functionality to the platform. The upcoming weeks are crucial, and market analysts anticipate that the platform will dominate the social media business. Time will tell how effectively the sale of users could affect or influence ENS domains.