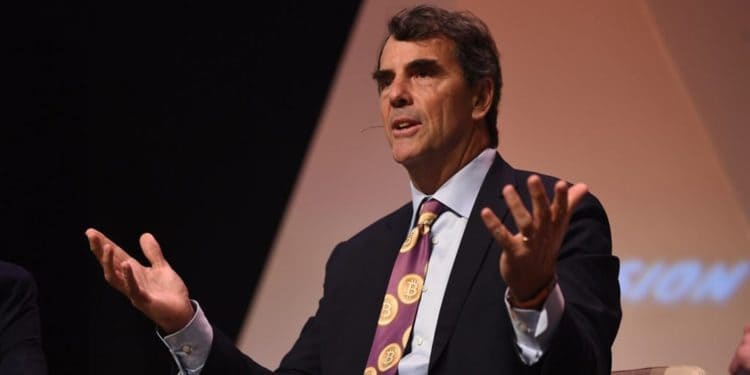 Billionaire Tim Draper, who has built his multi-billion dollar fortune through successful venture capital investments, said in an interview with Inc42 on Saturday that the Indian crypto scene has fascinated him ever since the Supreme Court of India delivered a landmark verdict by abolishing RBI-imposed restrictions on cryptocurrencies in India.

When the Reserve Bank of India (RBI) ordered an injunction that substantially limited any form of cryptocurrency adoption in the country, the directive received widespread criticism, and India’s awareness surrounding the crypto was questioned.

When Subhash Chandra Garg, India’s former Economic Affairs Secretary, and Finance Secretary, proposed an outright ban on crypto last year, it was Draper who condemned the move by saying that such initiatives are only going to set the country back forty years.

Come March 2020, and the Indian crypto community leaped with excitement when SCI did not agree to ban cryptocurrencies. Soon after, renowned blockchain firm HashCash Consultants decided to invest as much as ten million US dollars ($10 million) with hopes to revive the diminished spirits.

Additionally, the leading cryptocurrency exchange Binance set aside a whopping fifty million US dollars ($50 million) Binance India Blockchain Fund to tap into the potential opportunities presented by the upcoming market.

Now, the booming crypto industry in India has found another substantial support, an American venture capitalist and notable entrepreneur Tim Draper. As per him, the SCI and the Indian government have essentially shown they will have the best interests of the public in mind, and that a  revolutionary idea will always emerge a winner.

During my India tour last week, I came across a large number of crypto startups and Bitcoin-related firms. I found potential in a number of them and plan to invest in them in the future, Draper affirmed.

Although it is not yet clear how much money the famous Bitcoin crusader plans to sow, it is estimated that the figure will be substantial considering the gigantic size of the Indian crypto industry and Draper steadfast dedication towards the king crypto, who he believes, is the best investment for the millennials if they wish to retire successfully.