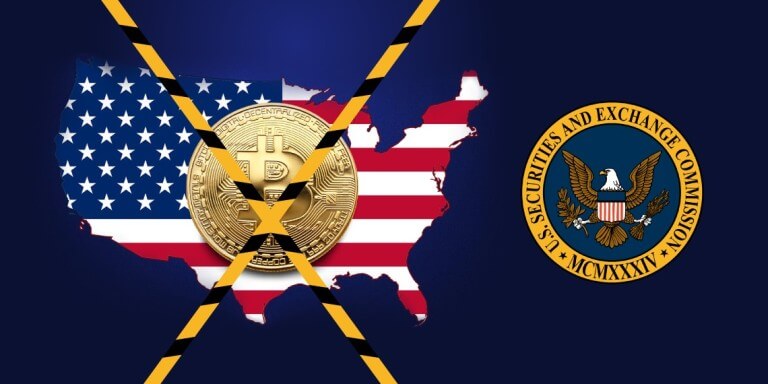 The Securities and Exchange Commission (SEC) is attempting to put an end to cryptocurrencies such as Ripple in the United States, according to James K. Filan, a defense lawyer. However, this could have devastating consequences for investors, innovators, technology companies, and anyone involved in cryptocurrency transactions.

On Tuesday, November 7th of 2022, the district court in New Hampshire ruled in favor of the U.S SEC against blockchain payment network LBRY – making this their third triumph after having already won cases against Kik and Telegram. The highly anticipated Ripple case is also nearing its resolution through a summary judgment ruling.

The district court’s opinion was not incredibly progressive, as it heavily relied on the Howey test from 1946. Yet this decision demonstrates a judicial pattern of looking into intricate particulars to define whether tokens constitute an investment contract.

Although the cryptocurrency industry in America is still anticipating sound regulations, this ruling has continued to reveal further how courts classify cryptocurrencies.

The SEC reaffirms its tough stance against cryptocurrencies

The Securities and Exchange Commission has recently reaffirmed its tough stance towards LBRY and the cryptocurrency industry in general. James K. Filan also referenced the SEC’s announcement that suggested a penalty of $22,151,971 for LBRY, “which is fair and reasonable under the circumstances.” according to the court filing.

In addition, the XRP community attorney and YouTuber Jeremy Hogan stated that the exchange commission aims to obtain an injunction against LBRY for future sales.

[…] and on the next page, [the SEC] argues the Court can’t rule on future sales by Amici because they are too speculative. I think the Judge is realizing about now that this was never about protecting ANYONE.

Bill Morgan, a lawyer from the XRP community, shared his thoughts on the SEC’s letter as an unnecessary setback in which the “judge has made it difficult for himself.”

Morgan believes that the judge’s broad categorization of all sales of LBC in a 6-year span as an investment contract without any specific details makes it difficult for them to rule that future transactions are not considered investments.

Also, John E. Deaton submitted an amicus brief in the LBRY case, denouncing the Securities and Exchange Commission for defining the LBC token as a security.

LBC is a digital asset. Like any asset or commodity, it can be packaged and sold in an unregistered securities offering. This is why Nick Morgan for ICAN and myself for Naomi Brockwell filed the Amicus Briefs. We must fight this narrative at every stage.

What does the future hold for Ripple?

The Securities and Exchange Commission is unwavering in its stance regarding Ripple’s lawsuit. Their objective is to proclaim that all XRP token transactions, from the present and moving forward, be considered securities, no matter if they take place on a primary or secondary market.

Suppose Ripple cannot demonstrate the dissimilarities of their case and validate that it meets the criteria set forth by the Howey test. In that case, it may come to an undesirable end in America.

Furthermore, if Ripple were unsuccessful in their case against the Securities and Exchange Commission in district court, both sides would have the option to take it up to an appellate level and even potentially to Supreme Court.

Deaton recently stated that the appeal court ruling could be a game-changer for the entire crypto industry, as it has tremendous implications in setting a precedent. The result of Ripple’s case will affect them and potentially shape how all other crypto firms battle against overreaching Securities and Exchange Commission regulations moving forward.