The Sandbox and HSBC flop show 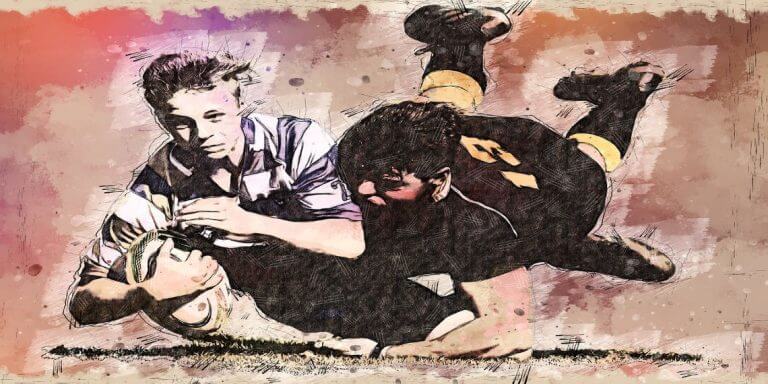 The Sandbox is a virtual universe in which gamers can construct, control, and monetize their own gaming experiences on the Ethereum blockchain. Sandbox aims to displace existing game developers by granting creators genuine ownership of their works in the form of non-fungible tokens (NFTs). Moreover, their reward structure has made them the most sought-after gaming partner.

The advantageous position and reputation of The Sandbox have led to an improbable partnership with HSBC. The decentralized gaming virtual world entity has joined with HSBC, one of the world’s top banks, and Index Game to introduce rugby to the Metaverse.

Sandbox partners with HSBC to bring rugby to the Metaverse

HSBC has introduced a series of virtual rugby quests in The Sandbox in order to provide a novel and immersive experience of the sport in the Metaverse. The advertisement corresponds with the return of the highly-anticipated Cathay Pacific/HSBC Hong Kong Sevens from November 4 to 6. The return after a three-year gap for the competition.

HSBC will host a virtual stadium in The Sandbox from October 24 to November 14 to commemorate the much-anticipated return of the Hong Kong Sevens. The move will ignite the community’s first initiative.

Notably, the cooperation between The Sandbox by Animoca Brands and HSBC began in March this year. In March, the Hong Kong branch of HSBC acquired a parcel of virtual real estate in order to create future sports and gaming experiences. Since then, the present HSBC rugby game has been in the works.

The Metaverse is how people will experience Web3, the next generation of the Internet – using immersive technologies like augmented reality, virtual reality, and extended reality. At HSBC, we see great potential to create new experiences through emerging platforms, opening up a world of opportunity for our current and future customers and for the communities we serve.

Suresh Balaji, the Chief Marketing Officer of the Asia-Pacific division of HSBC

At HSBC, we see great potential to create innovative experiences through emerging technologies for our customers and the communities we serve. We also believe in the unifying power of sports and have been a proud sponsor of the Hong Kong Sevens for decades.

By leveraging emerging technologies’ game, entertainment, and educational features to increase their support for rugby, HSBC’s ground-breaking first journey into The Sandbox amazingly combines decentralization and web3. Through the Metaverse, HSBC is pleased to provide rugby to digital communities worldwide, both on the field and beyond.

What an embarrassment to the decentralized ecosystem!!

The introduction of decentralized finance (DeFi) and all of its supporting structures have been a spectacular event for the financial sector. In addition, sectors such as Games and Sports have leveraged the emergence of technology to deliver unprecedented gaming experiences.

Creators were relieved by the arrival of the Metaverse, and investors were slaked of their financial hunger. The Sandbox has pioneered the vast majority of what the digital community recognizes in gaming and the Metaverse. The gaming organization has prided itself on quality and addressing the needs of its customers. The crypto community is up in arms over its current Rugby release.

The promotional video for the tournaments is a total failure! The video’s quality is the lowest attainable. This has prompted gamers and investors to ponder the upcoming events landscape. However, some questions still linger: Was the video quality purposefully made available? Is this a Showbiz marketing technique?

If the goal of Sandbox and HSBC was to provide crypto alerts for upcoming games, they have unquestionably succeeded. However, these entities have violated the spirit of the Metaverse, DeFi, and digital gaming. The Metaverse is already in a deep hole; it does not require additional negativity.

Since March of this year, Cryptopolitan reports that the anticipation and excitement around metaverse land have decreased. This is a result of both dropping bitcoin values and sluggish infrastructure development.

After the launch of Meta, corporations were keen to invest in the Metaverse, which generated a surge in interest. However, the concept of the Metaverse has entered a phase of uncertainty as the discourse on digital assets has waned.

Numerous prominent platforms, such as Decentraland, The Sandbox, and Somnium Space, have experienced income decreases of up to 95%. Therefore, this is not the time for The Sandbox to acquire further problems.

Will the gamble pay off?

Will this sort of calculated risk pay off? The Sandbox is renowned for its many high-quality alliances. This may also be game-changing. In September alone, the subsidiary of Animoca Brands announced multiple collaborations with well-known brands.

Esports and entertainment company FaZe Clan chose the Sandbox platform to enter the Web3 environment. It acquired a 12 x 12 piece of LAND dubbed “FaZe World,” while Renault Korea signed a contract to create new vehicle experiences within the Metaverse.

The Sandbox also collaborated with Smobler Studios and 1-Group to stage a virtual wedding at the digital version of Singapore’s The Alkaff Mansion. The virtual quests appear to be a component of this approach, as they connect financial institutions with followers of one of the world’s most popular athletic events.