The IMF undermines crypto crash effects on the global economy 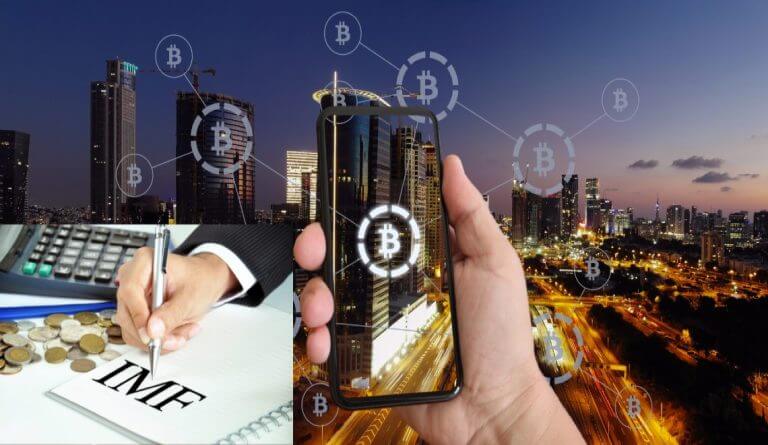 It’s no secret that the IMF has worked hard to undermine the value of cryptocurrency. In recent months, global finance has been discussed in terms of recession. The crypto winter is still going strong, and it’s entering its fifth month. The IMF, on the other hand, is unconcerned.

The International Monetary Fund (IMF) has stated that the cryptocurrency market downturn does not threaten global financial stability. In a July 26 statement, the IMF’s Financial Stability Board (FSB) cited Russia’s invasion of Ukraine and renewed COVID-19 restrictions as major risks to the global economy.

The IMF believes that crypto’s independence from conventional banking prevents it from posing a comparable risk.

The International Monetary Fund said Tuesday that the cryptocurrency market upheaval has yet to impact global financial stability significantly. The IMF stated that cryptocurrencies have “suffered a severe sell-off,” resulting in losses among crypto investment vehicles.

As a result, it caused the collapse of algorithmic stablecoins and crypto hedge funds. However, there have been limited spillovers to the broader financial system. Last month, the Chair of the US Federal Reserve, Jerome Powell, said that while the recent crypto volatility has not really had significant macroeconomic impacts so far, it was too early to conclude anything.

The International Monetary Fund said that a stronger-than-expected inflation rate worldwide, a more severe-than-anticipated China recession, and additional negative consequences of the conflict in Ukraine had stunned an already fragile global economy.

This position is inconsistent with the IMF’s prior statements. Christine Lagarde, then head of the IMF, claimed in April 2019 that cryptocurrencies clearly influence the financial system and are upending banking sectors worldwide.

The IMF has disregarded cryptocurrency as money and does not believe it is worth measuring in terms of global finance. However, in May, Treasury Secretary Janet Yellen spoke about the UST mess at a hearing and reaffirmed her position on increased regulation of crypto, including stablecoins.

In October 2021, the International Monetary Fund warned that cryptocurrencies posed a global financial stability risk. The IMF followed up its statements with a call for an international response to regulation. The lack of investor protection, as well as privately-issued stablecoins’ limited reserves, were identified by the IMF as major issues for lawmakers.

However, the IMF claims market activity has had a limited spillover into conventional financial markets. While investors have incurred significant losses due to these market fluctuations, the IMF believes this has been minor. This contradicts a study published in January 2022 named “Cryptic Connections: Spillovers between Crypto and Equity Markets.”

Darker days ahead for crypto

Could it be the other way around? In recent months, a contagious disease has swept the crypto industry. Companies have closed while investors have been left to face the harsh ecosystem of decentralized finance. Three Arrows Capital and Celsius, a cryptocurrency lender, are facing bankruptcy lawsuits.

Many crypto investors sold their digital currency assets in response to concerns of a recession. They are considered high-risk investments by the IMF. The price of bitcoin dropped as low as $17,000 in June 2022 due to these sales. These issues severely affected collateralized loans, which exacerbated the problems faced by borrowers who had lost investments.

The IMF stated that crypto prices were beginning to correlate with equities and had a global impact. A note in the IMF’s report states that its findings are the author’s work and do not necessarily represent the IMF’s opinions.

At times, Bitcoin and other cryptocurrencies have surged ahead of equities. It’s conceivable that investors get bullish on bitcoin once again, putting pressure on equities from recession concerns. In this scenario, cryptocurrencies may continue to flourish away from the pack.

In June, the European Systemic Risk Board warned that the popularity of cryptocurrencies might result in rapid market shocks. It recommended ongoing monitoring of how much exposure financial markets have to cryptocurrency and decentralized finance.

The IMF warned of more volatility in the digital asset markets as it predicted a world economic slowdown. The article succinctly states that there are likely to be future economic slumps.

Many crypto investors are also expecting a rise in interest rates in the United States this week. According to Tuesday’s Bloomberg, the Federal Reserve is expected to raise rates by as much as 75 basis points, or 0.75%, up to 2.25 percent in an attempt to tighten its monetary policy and stifle inflation.

Some analysts believe the United States will be in recession when the Q2 GDP statistics for the nation are released on July 28.