The Crypto Market went Up 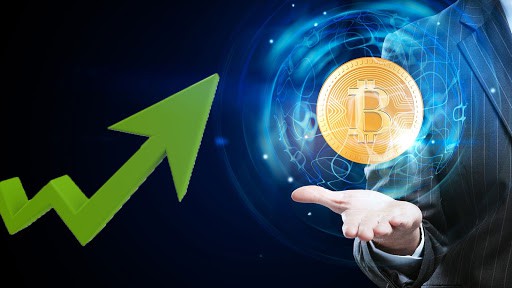 The Crypto Market Went Up $35 Billion In Just 24 Hours, Now’s The Perfect Time To Learn To Trade

The cryptocurrency market rose by a whopping $35.3 billion in just 24 hours late last week. Bitcoin was trading at $9,338.30, up by 18.57%. Some industry experts argued that the jump was as a result of two major factors – a central bank monetary policy, and the upcoming Bitcoin halving. With the halving fast approaching (two weeks), now is a perfect time for you to learn to trade.

The crypto market cap rallied by a massive $35.3 billion on Thursday, with Bitcoin accounting for the majority of the leg work. It rose 18.57%, to the highest level it’s been since 7 March. This follows some bullish behaviour from the coin, after a major sell off in March.

Some experts have attributed this rally to massive stimulus packages being released by central banks around the world, as well as the upcoming Bitcoin halving event. The recent rise in stock markets has trickled down to Bitcoin and other digital assets, with Vijay Ayyar, head of business development at Luno, saying:

“My sense is that overall markets are not reflecting reality on the ground though, but this is also the result of the Fed in the U.S. being extremely clear that they will do anything to make sure there is economic stability.” He continued, “We could be seeing a lot of money flowing into equities and crypto as well, as a result of the new money printing.”

Ayyar is, of course, referring to the U.S central bank’s pledge to keep the benchmark interest rate at around 0%.

The Bitcoin halving is just around the corner, and is set to occur on 18 May. This, combined with various economic stimulus packages being set in motion around the world, has contributed to a major rally in the cryptocurrency sector.

Now, as the crypto market went up $35 billion in just 24 hours, it’s a perfect time for you to learn to trade. eToro is the world’s leading social trading platform, which offers a fantastic demo account to traders looking to learn the ropes.

eToro comes with both a social trading and copy trading feature, so you can learn to trade while still making a profit. Copy trading is an excellent way to figure things out, while seeing returns at the same time.

Want to start making a profit today? Check out eToro, and start trading Bitcoin before the halving.

President of the European Central Bank, “We might be bankers, but we face the same hardships on a day-to-day basis” pic.twitter.com/vsa6NCfbxT

Traders can learn the ropes, and start earning before the next rally

With the crypto markets showing signs of a major bull run, it’s time to get on the trading train. The crypto market went up $35 billion in just 24 hours, and now’s the perfect time for you to learn to trade. Some experts have attributed the rally to various economic stimulus packages, and the upcoming Bitcoin halving – either way, the markets are particularly exciting at the moment. Cash in on the next bull run, and learn to trade with eToro today.