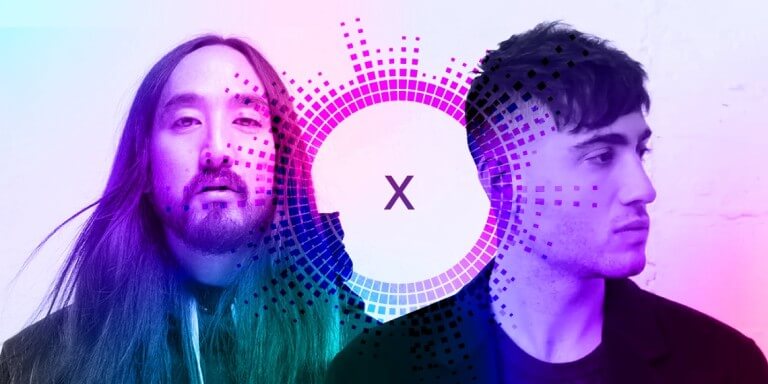 The collection consists of 10,000 unique 24×24 pixel art images created by Larva Labs Studio in 2017. The collection led the NFT craze of 2021 alongside projects like Cryptokitties and Bored Ape Yacht Club (BAYC).

PUNX, the project is an innovative audio-visual IRL-meets-metaverse supergroup and marks the first time the duo has partnered on a project.

A passion for WEB3 will shape the music art project. Steve commented that they would use their Punks for visual imagery in the project.

“So excited to announce the beginning of a new musical journey with one of my best friends, Steve Aoki,” stated 3LAU.

The duo promised its fans a vibrant product that combined their love for music and the digital world. 3LAU shared on Twitter that there was a possibility of an intertwined music and blockchain industry in the future.

Steve and 3LAU are big fans of electro and blog house music, and their shared passion for Punks culminated in the Punx.

Punx is not the first instance the two have interacted with NFT projects.

3LAU released his famous Ultraviolet NFT series in 2021, which made record sales. His second project, Royal, allowed music fans to co-own music with their favorite celebrities. His collection has so far topped $20 million.

Aoki has also been active on the scene. The famous DJ released Dream Catcher and Dominion X collections, the first to feature episodic releases on the blockchain. In January 2022, the DJ released an Aoki-themed metaverse- A0K1VERSE.

Snoop Dogg purchased the most expensive NFT bought by a celebrity. The singer/ producer bought the Right Click and Save As guy NFT at 1,600ETH worth $7 million. Gary Vee took the second spot after purchasing CryptoPunk#2140 at 1,600 ETH, worth $3.9 million.

While the crypto industry was coming to terms with the FTX collapse in November, Christiano Ronaldo’s NFT collection was picking pace on Binance. The collection, titled the CR7 NFT Collection, would herald Ronaldo’s legacy in football. The collection included perks like signed merchandise, airdrop access, and personalized messages from the star.

However, the industry could be smoother sailing in the crypto winter. In January 2022, Justin Bieber bought a BAYC  at $1.3M- the third most expensive purchase by a celebrity- the collection dropped to a floor price of 68 ETH valued at $84,810 press time.

Paris Hilton has been in the industry since 2019, with some of her collections donated to charity.

Other notable celebrities in the WEB3 include Lindsay Lohan, Snoop Dogg, Logan Paul, and Neymar Junior.

Allegations of paid endorsements on some collections blur the intention of celebrities in the sector. Earlier in August, the Truth in Advertising Agency (TINA) sent letters to celebrities probing their motivation behind NFT purchases. Celebrities who received the letters included Floyd Mayweather, Tom Brady, Eva Longoria, Gwyneth Paltrow,  DJ Khaled, and Paris Hilton.

It is an area rife with deception including, but not limited to, a failure to clearly and conspicuously disclose the promoter’s material connection to the endorsed NFT company

The world of celebrities in NFTs is just as wild as it can get. The motivations behind their actions are not always known, but this is just the beginning of a long relationship.