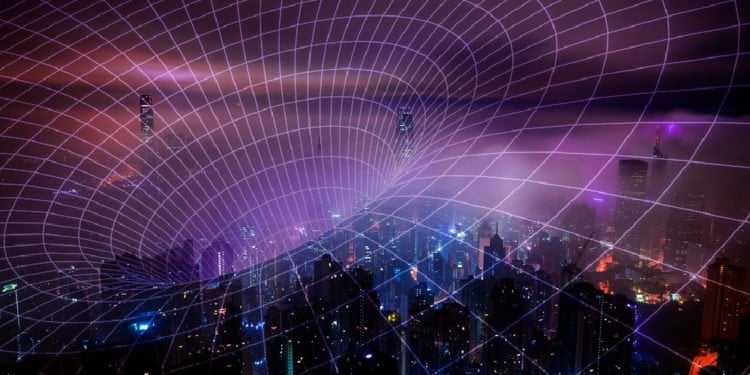 Samsung and SK Telecom unveiled the world’s first 5G smartphone that comes equipped with a blockchain-based identification service. The phone titled ‘Galaxy A Quantum’ utilizes a quantum random number generation (QRNG) chipset that was designed in partnership with Samsung Electronics

Galaxy A Quantum will be officially launched in the markets on May 22 with an initial price of 649,000 Korean won (527.5 US dollars). According to the announcement, the smartphone will be available for presale on May 15.

SK Telecom stated that the blockchain-based system is used whenever users use their smartphone to pay for goods and services offline through SK Pay. Blockchain is also used to prevent the falsification of information and data theft on the device. Another major security feature is SK Pay biometric protection which is also based on blockchain technology.

The QRNG chipset, however, uses an LED and a CMOS image sensor. The LED emits ‘image noise’ and the SMOS sensor captures its quantum random to generate a truly random number. SK Telecom claims that there is currently no technology capable of hacking it which makes the smartphone one of the most secure phones out there.

South Korea has been a forerunner in the development of blockchain-powered cell phones. The country houses smartphone giants Samsung, LG among numerous others.

Last year, Cryptopolitan reported that smartphone giant LG was launching its blockchain-powered smartphone in response to Samsung’s Galaxy Note 10 which incorporates a crypto wallet supporting all the Klaytn crypto-currencies.