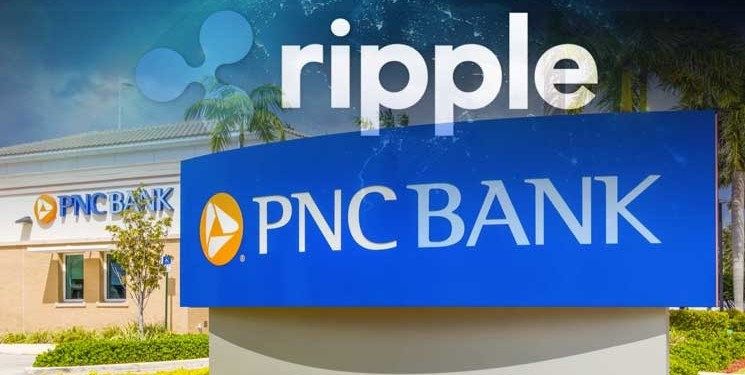 PNC, a US-based banking behemoth, has tied up with the popular blockchain payment network, RippleNet for its US operations.

In a significant development for its cross-border payments branch, the bank has decided to integrate RippleNet network with its PNC Treasury Management division. It will help the bank deliver reliable and seamless cross-border payments to its various local and international clients. Last year in September, Reuters said that the bank is looking to employ xCurrent, a financial technology built by Ripple for processing global payments.

PNC, the eighth largest U.S. bank, joining forces with blockchain giant RippleNet will surely make waves in the conventional financial realm. Its headquarters are in Pittsburgh, Pennsylvania with operations spanning across 19 US states serving approximately 8 million customers in total. And cross border transactions certainly form a substantial chunk of the bank’s financial operations. It will be no surprise if this collaboration serves as the benchmark for the industry.

A PNC spokesperson has said that using RippleNet they can process the invoices of an overseas buyer almost instantly and receive payments in real-time. It will greatly impact the global account receivables figure and give them room to further optimize their working capital.

Furthermore, the bank will be able to drastically cut their cross-border payment waiting times with RippleNet. Fee is also expected to go down for similar transactions.

This year has been great for RippleNet. It has grown positively and entered new territories disrupting conventional financial arena big time. Recently, a UK based remittance firm, Xendpay, has become its client. Xendpay expects to enter new markets like Vietnam, Philippines and Indonesia using RippleNet and reach out to previously inaccessible currencies.

Brad Garlinghouse, CEO of Ripple, says that it’s a huge deal since collaboration with MoneyGram will impact Ripple significantly making it a big player in crypto realm. At the time of writing, there isn’t much of a huge jump in Ripple price.