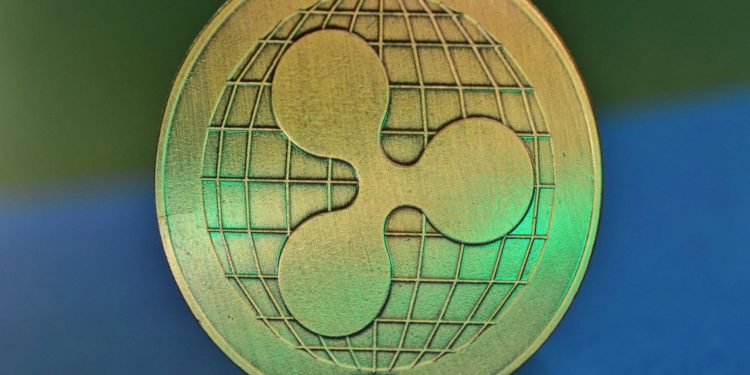 Although the recent rally that saw Bitcoin surge to around $6,800 is over, many coins across the market have begun reporting some minor gains again. As Bitcoin climbs just over one percent to $6211.08, the Ripple XRP price is reporting slight gains of 1.06 percent over the last 24 hours, bringing its trading value to $0.1580 at the time of writing.

Where is the Ripple XRP price going next?

Analyst David Smith has taken a look at XRP’s technicals. As per his analysis, there is a tight range so the best option would be to trade a breakout. It’s possible the Ripple XRP price could sink to $0.1484, or we could see it rise to $0.1695. The latter becomes more likely if the coin can breakthrough roughly $0.1592. However, he recommends trading a breakout but advises waiting for confirmation before opening any positions.

Alex Clay is more optimistic, explaining that the Ripple XRP price has broken the falling wedge pattern. If the price can break the channel at about $0.1597, the analyst states it will be safe to start opening long positions again. If XRP manages to cross $0.1640, he’s set price targets of $0.1681 and $0.1720.

Recently, the International Money Exchange (Intermex), one of the world’s largest remittance companies, announced that it will not be using Ripple and XRP for Mexico or any of its other major markets. The news comes as a surprise as Intermex welcomed Ripple’s partnership early last month. Many believed that Ripple’s integration with Intermex, which operates primarily in South America, would bring a huge uptick in XRP’s adoption and provide a valuable foothold in the region.

David Schwartz, Ripple’s chief technology officer, recently advised Bitcoin investors to hold on to their digital assets as many other investment positions are in uncertain territory as well.