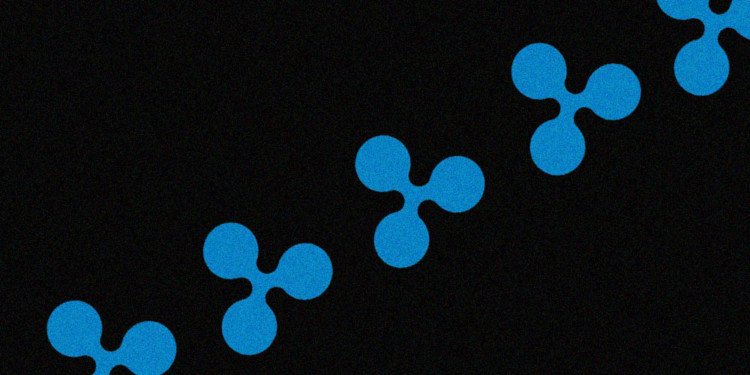 Ripple XRP price saw a surge of two percent (2%) within the last twenty-four hours, currently exchanging at 0.2897 dollars and the price is likely to hit the $0.30 mark soon.

Over the last thirty days, the cryptocurrency has made its route towards the $0.30 yet again. Still, it faces formidable resistance before it can reach this mark. The resistance is owed to the one hundred days EMA and $0.2811 mark.

Ripple is currently the third-largest cryptocurrency platform with a market capitalization of a little over twelve billion dollars. 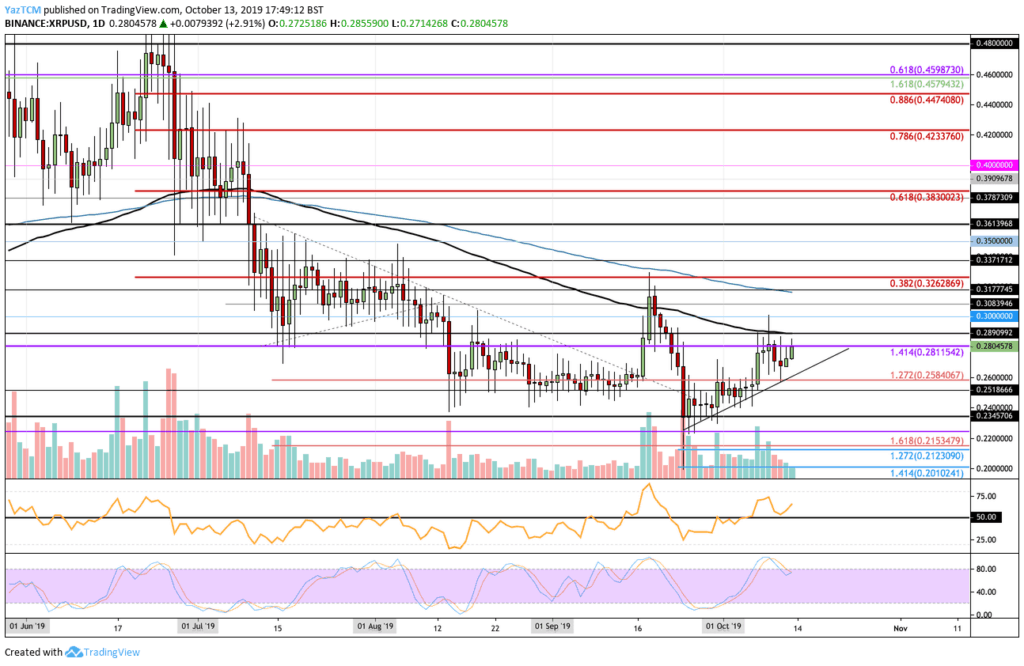 The highest Ripple XRP resistance point can be expected at the $0.290 mark with further fortification by the one hundred and two hundred days EMA at the following levels. Above this, the resistance would lie at $0.30, $0.398 and, $0.3177 marks.

The volume of exchange has allowed a rather pleasant rise during October. The relative strength index has bounced back at the fifty levels which displays that the market momentum is controlled by the bulls. 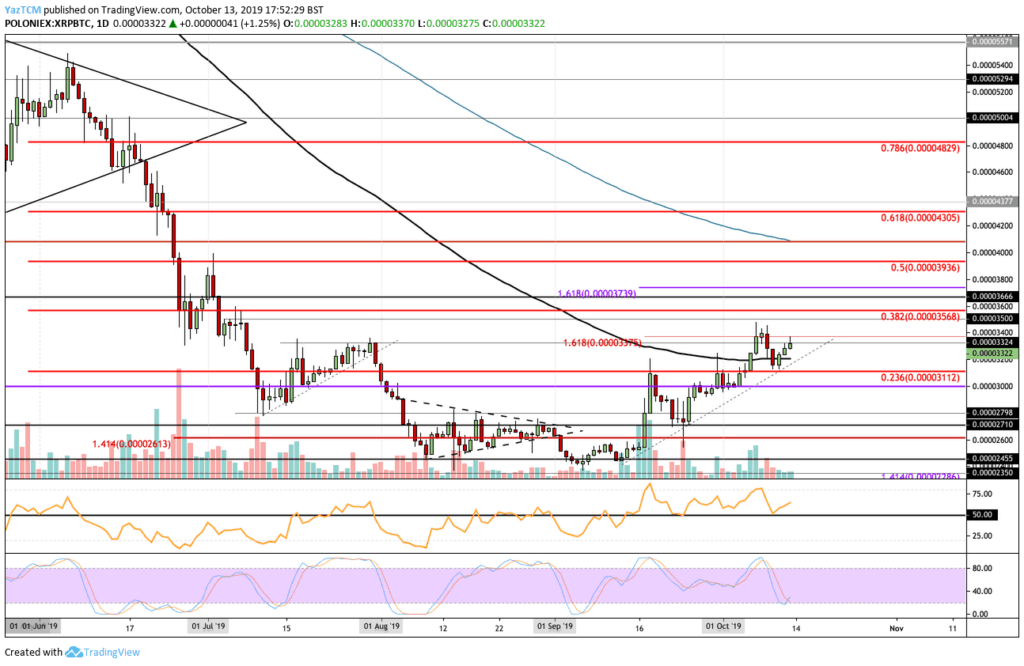 From the top, primary resistance is observed at 3375 and 3500 satoshi units. Above this, Ripple XRP price face resistance against Bitcoin at the 3568 satoshis, 3666 satoshis, 3800 satoshis, and 3936 satoshis marks.