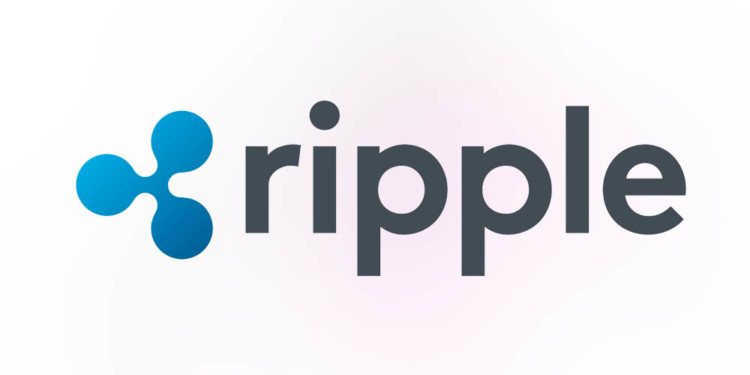 Although the crypto market may have stabilized it a bit Ripple (XRP) is still not showing any signs of stabilization in its price action, but the Ripple XRP price analysis shows a different picture as well.

XRP’s price fell to the lows of $0.284 on July 16, since then the buyers managed to raise the price to highs of the $0.343 in one strong push but could not keep up the momentum and the price started declining. The price has been falling ever since it reached the highs on July 20.

Currently, the price action is declining slowly after the pattern broke through an ascending support line. The crypto’s price action has now formed a descending wedge and little bullish divergence was seen developing across the Relative Strength Indices (RSI) of the four and one-hour charts. 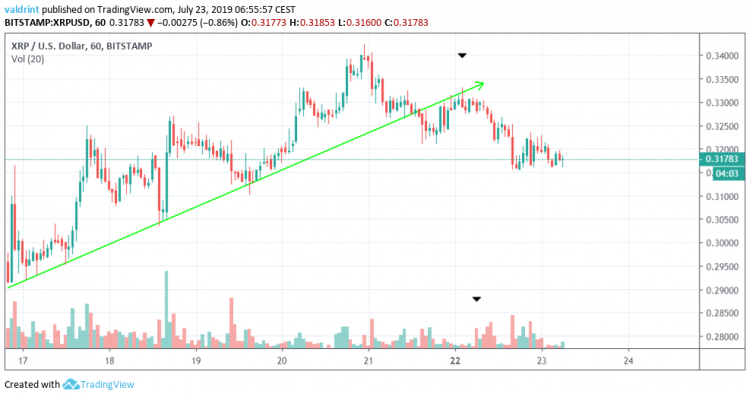 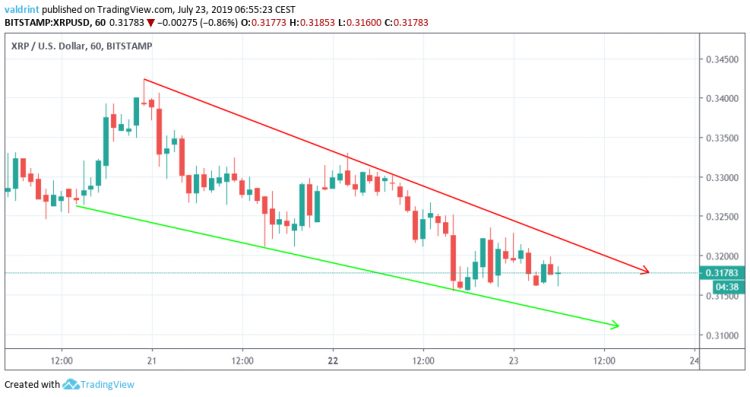 However, the price did not decline rapidly as the movement lacked any bulk trading volume from the sellers. Furthermore, the descending wedge is a bullish pattern meaning that XRP’s price may break out sooner rather than later.

This prediction is also reinforced by the RSI that had developed bullish divergence pointing towards a reversal in price action. Nonetheless, the divergence is low and cannot be observed in the moving averages convergence/divergence (MACD). Moreover, there is no sufficient support that may help the price to start a reversal now.

The nearest support lies around zero-point three-one dollars ($0.31) with the key resistance lying at $0.33.

Predictions are that XRP’s price action will breakthrough the wedge and reach the point of resistance in the coming few days.