The price should see a rise towards the $0.255 resistance if it follows the Ripple price prediction by Vince Prince. The cryptocurrency is currently resting above the $0.245 support.

The crypto has approached the bottom of a channel and it appears to be ascending on the charts. From here, the coin should bounce off and rise towards the top of the channel.

Looking at the chart, we have seen Ripple travel inside the channel from the 14th of September, and it also fell to the bottom of the trade setup. Ever since the 6th of October, the price has been trending upwards in the channel. The upper boundary has been tested multiple times before, which confirms that the resistance is very strong. A bounce from the lower boundary will allow the cryptocurrency to ascend towards the $0.265 level next. This is a potential long-term trade pattern.

The support level was hit on the 26th of October, after which the coin bounced and return above the $0.252 resistance. The top of the setup lies between the $0.252 to $0.254 structure.

The price has been moving down, and it has reached the $0.245 support level. The trade is active, though the target price was marked at the $0.240 level. If Ripple slips down this support level, the price will move towards $0.24 and confirm support there.

Right now, the cryptocurrency trades beneath the Exponential Moving Averages shown on the chart below as it forms an upward leg to complete the C wave.

The coin traded in an upward channel, after which it fell into another upward channel that lay beneath it. Looking at the idea chart, both channels have a major falling trendline that connects both of them and has formed similar resistance clusters at the upper boundary of both channels. In the previous channel, the price descended on the chart after it hit the resistance cluster formed by the upper boundary and the major descending trendline.

The second channel is expected to form a similar pattern, where the price will now bounce and move towards the $0.254 level, where it will meet strong resistance and get rejected. The rejection will cause the cryptocurrency to trend below this channel and fall to a bearish confirmation. 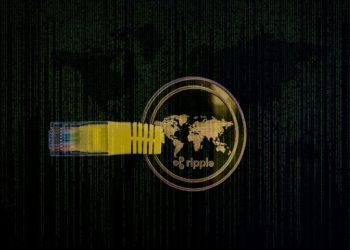