Ripple price analysis is bearish today as we expect the market to retrace some of the gains seen earlier this week. The $0.77 support will likely not hold for long, opening the way toward the $0.75 next resistance.

On the 4-hour chart, buying pressure is still weak, likely leading to further decline over the next days.

Ripple price action saw a strong recovery this week. After a new swing low was reached around $0.685 on the 11th of April, XRP/USD began steady retracement.

A quick spike higher was seen on the 15th of April after a series of local higher highs and lows. Major resistance at $0.80 was quickly reached, indicating a substantial retracement.

However, since then, the further upside has been rejected several times, indicating a shift in momentum back to the downside. The Ripple price action will likely lower again early next week as bears dominate the overall monthly trend.

Ripple price analysis is bearish today as the market has failed to move any higher over the past few days. Therefore, we expect XRP/USD to retrace further and test the $0.75 next support soon. 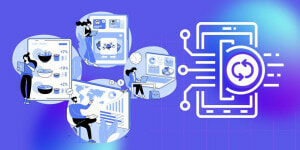 Crypto Trading Mistakes to Avoid in a Bear Market