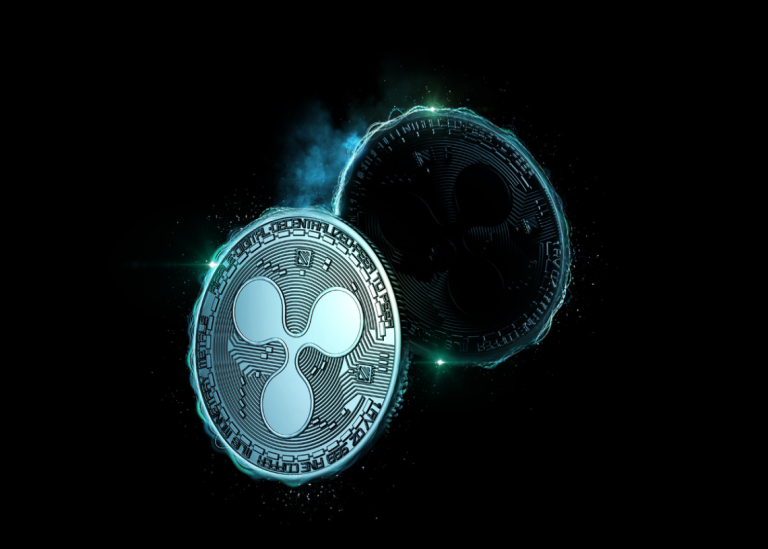 At the time of writing, Ripple is on the edge of converting a crucial resistance line into a key support line, an action poised to set off a significant bull rally.

The head-and-shoulders technical indicator entails three critical points. The central valley is regarded as the head, and the other two valleys at the sides, are regarded as shoulders. Usually, the shoulders differ in height and depth, while the head stretches downwards. The pinnacle of these three points are all linked at the collar.

At present, XRP is experiencing a horizontal resistance zone at the $0.566 region. This situation is focused on bypassing the $1 mark, and it is decided by calculating the central valley from the right shoulder and tallying it to the surge point at $0.566. At present, Ripple is revolving below the horizontal supply barrier but shows potential surging signs.

It has been an exciting 24 hours for Ripple as its price action has recorded sudden surges and sudden declines. For instance, in between the 24-hours, XRP managed to record a milestone by bypassing the $0.63 mark. Also, the crypto coin recorded a price decline that saw it trade at $0.56. At the time of writing, XRP exchanges hands at around $0.59 and shows signings of testing the $0.63 region again.

Supporting this prediction are the addresses that have been on a gathering spree since early this year. Since January, whales holding over 100,000 XRP coins have increased by about 6 percent. Additionally, whales holding more than 1,000,000 XRP tokens have increased by around 5 percent. This shows that traders and investors are optimistic about Ripple and are counting on it to go to the moon soon.

According to Ripple’s 4-hour chart, the Santiment’s MVRV technical indicator shows that XRP is revolving around a positive 1 percent, highlighting that not many investors are willing to sell their assets. This communicates that these addresses might not be in the mood of selling their crypto assets due to the potential of making losses. While this is occurring, the price of Ripple is poised to appreciate, hence the bullish picture.

In February, Ripple’s 30-day MVRV pattern was similar to the present pattern, and it saw the price of XRP appreciate by 45 percent.

All critical technical indicators are currently showing Ripple is giving off bullish signs. However, this bullish outlook relies on the bulls’ ability to produce a daily candlestick slightly above the collar (neckline) currently standing at the $0.6 region. Failure to do so would probably lead to a fading of the current bullish outlook. Ripple might plummet by 10 percent towards the 61 Fibo retracement level at the $0.52 region in the worst scenario.