This publicly-listed Bitcoin mining company has gone bankrupt, but it’s not so bad 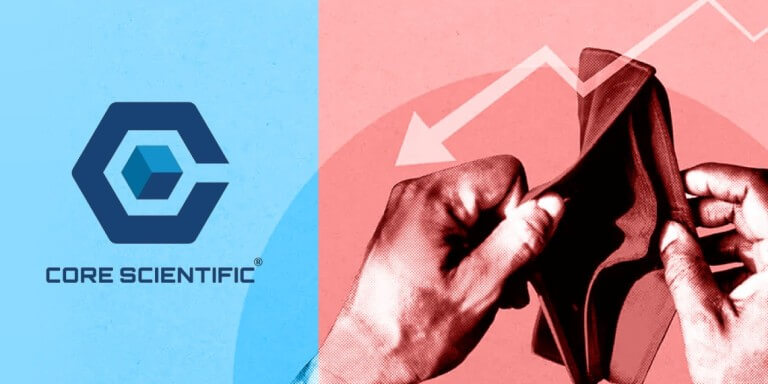 A bankruptcy petition has been submitted by yet another Bitcoin mining business.

Just a few days after a creditor volunteered to assist Core Scientific, one of the largest Bitcoin miners in the world and also the only publicly-listed one, in avoiding potential bankruptcy, the company stated on Dec. 21 that it is going to file for protection under Chapter 11 of the United States Bankruptcy Code in the state of Texas.

The firm will reportedly not liquidate; rather, it will continue to do business as usual and mine Bitcoin (BTC) while senior security noteholders, who are responsible for the majority of the company’s debt, negotiate a settlement.

It has not been an easy year for Bitcoin mining companies

Multiple mining firms have been negatively impacted by the precipitous decline in Bitcoin’s value this year, and many are struggling to make ends meet at the present time.

Core Scientific said in its filing for the month of October that the sustained decline in the price of Bitcoin, the rise in the cost of power, and the increase in the hash rate of the global Bitcoin

network have all had a significant effect on the company’s operational performance and liquidity, resulting in a plunge of over 95% in the stock price of the firm since January.

As of the close of trading on Tuesday, its market capitalization had dropped to $78 million, which was a significant decrease from the $4.3 billion value it had had in July 2021, when the business went public via the use of a special purpose acquisition vehicle, or SPAC. In the last year, the price of the stock has decreased by more than 98%.

Although the firm has said that it is still producing positive cashflows, the money is not adequate to support the company’s operating expenditures, which include paying back the lease on its Bitcoin mining equipment.

To maintain value for stakeholders, the financial services platform B. Riley made an offer on December 14 to provide Core Scientific with $72 million in non-cash financing.

Of this amount, $40 million would have no conditions attached, while the remaining $32 million would be subject to certain requirements.

It was disclosed in the court filing from October that Core Scientific had experienced losses due to its exposure to failed cryptocurrency lender Celsius.

According to the filing, Celsius owes the Bitcoin miner tens of millions of dollars in unpaid power costs, with the amount averaging around $53,000 each day.

But, as was indicated before, Core isn’t the only mining company dealing with its problems. Another miner, Marathon Digital Holdings, a competitor of Core Scientific, revealed that they have an exposure of $80 million to Compute North.

Compute North is a company that offers hosting services and infrastructure for crypto mining. In September, Compute North filed for Chapter 11 bankruptcy protection.

In October, Binance Pool announced the formation of a 500 million dollar fund that would be used to offer emergency funding for troubled miners.

Borrowers would be required to collateralize their loans with both real assets and the cryptocurrency that was mined by their respective enterprises.

Additionally, Bitmain has established a $250 million fund with a mission statement somewhat similar to the one described above.